While making the drive from Seattle to Atlanta, we took a half day detour to Mt. Rushmore and Custer State Park.


Custer State Park was a lot of fun. It was the off season, so except for some park staff and a couple police cars, we were the only car in the park. I had been here before when I was a kid, and my parents said in the summer there was a line of traffic to get through the park. I definitely preferred us being the only ones there! I was also very glad that I have a decent camera with a long range lens so I could get plenty of close up photos of the animals.

Before we even got to the front of the park to pay the entry fee, we saw two bison. One of them was eyeing us as we took pictures. 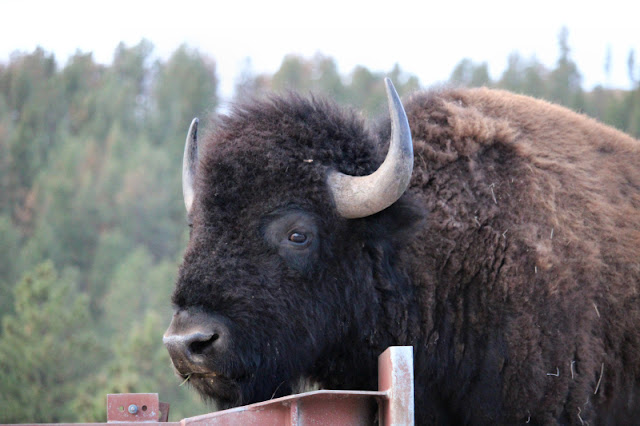 We kept driving and got on the Wildlife Loop road, and we came to the first of many herds of bison. 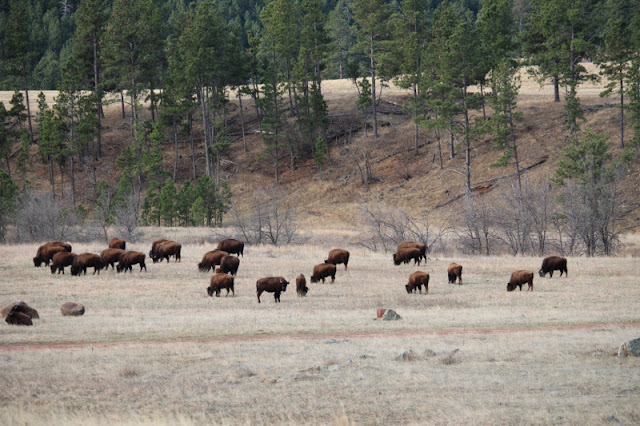 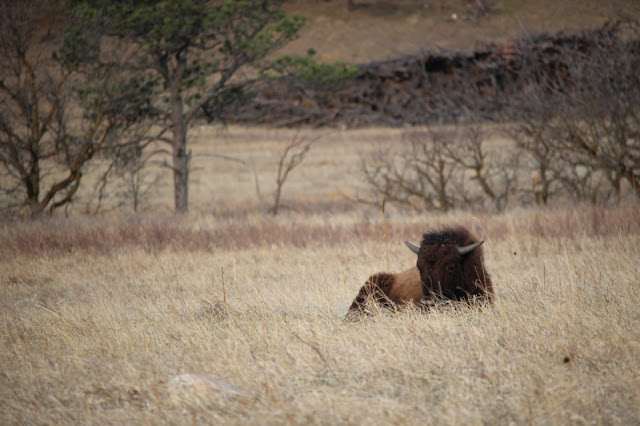 They were out grazing and didn't pay us much attention - except for one of them. He walked up to the car on the passenger side. I had the window rolled down, so he was about 2 feet away from me. I didn't get any pictures because I didn't want to startle him. He looked at us for a few seconds, and then licked my car door and moved on. 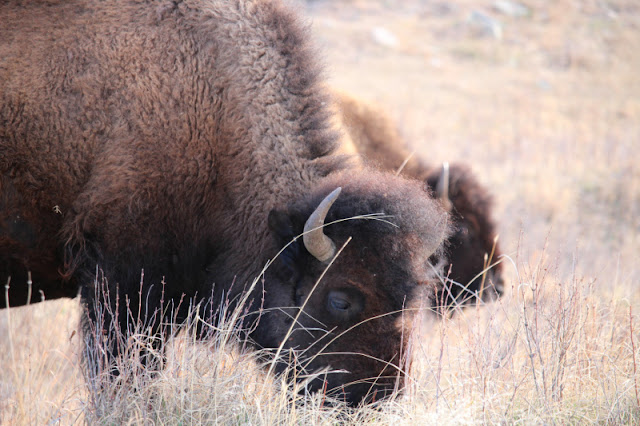 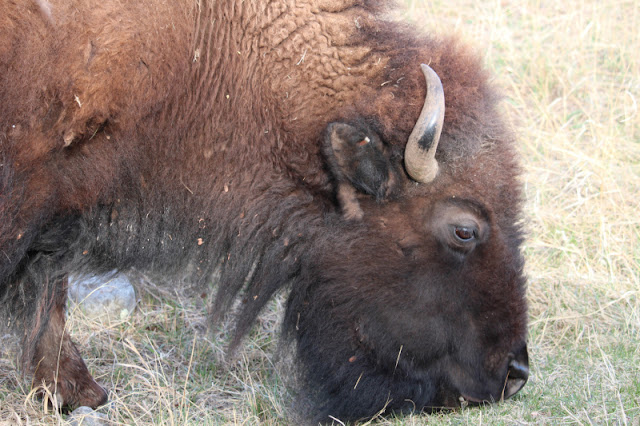 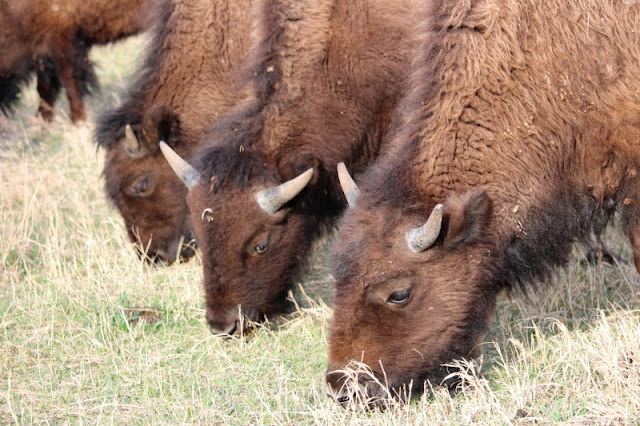 We moved on and then came to a small herd of pronghorn antelope. They were more skittish and stayed a little further away from the road while they grazed. 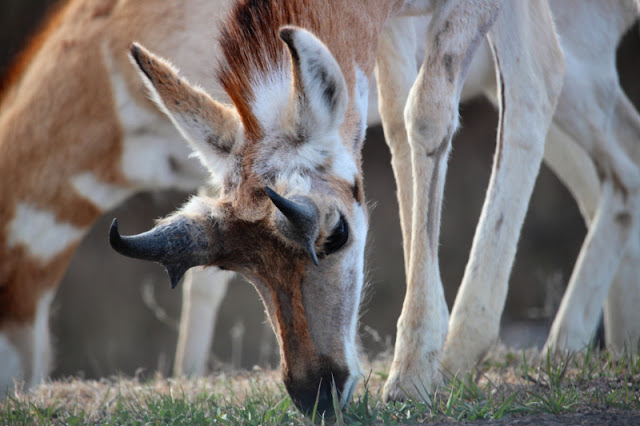 We came to a small visitor center where an adorable rabbit was grazing. He kept an eye on us, but he didn't move until a large truck drove by. 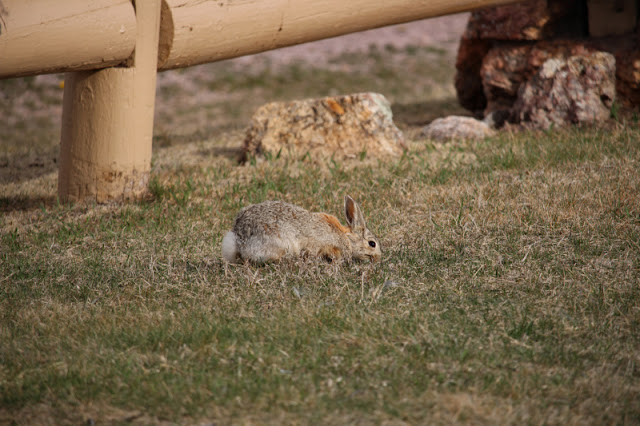 There were several more herds of bison throughout the park. Towards the end, we found some that were play fighting. We watched for a few minutes and then moved on when they started getting closer to the road. I didn't want to take the chance that they'd run into my car during their fight. 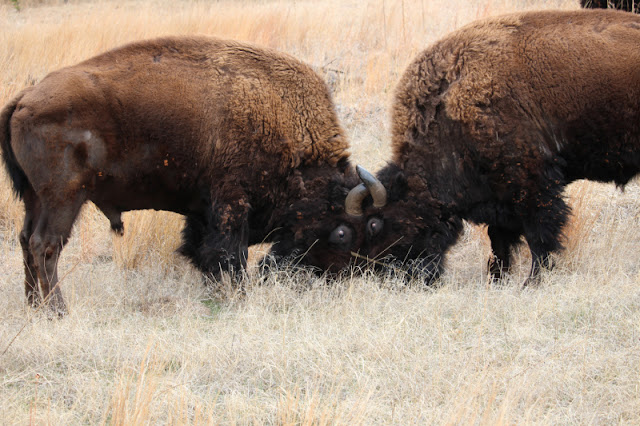 Before leaving the park, we got a good view of surrounding area. The park is beautiful and it's so easy to see a variety of animals. It's only a 40 minute drive from Rapid City, South Dakota and the entry fee is $20 per car - well worth it in my opinion. The best time to visit is morning or near dusk, since that is when the animals come out to eat. 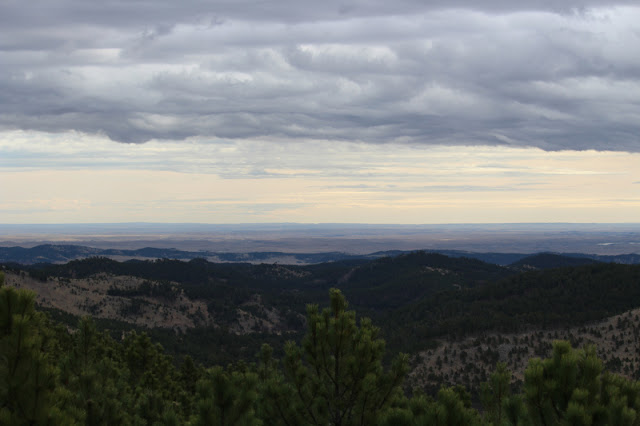 Posted by Rhe at 5:41 AM
Email ThisBlogThis!Share to TwitterShare to FacebookShare to Pinterest
Labels: animals, South Dakota, travel, trip report