One of my friends is starting to get into running in order to train for an upcoming Savage Race in the fall. She wanted to do a 5k race with me, so I chose a race that was more fun than serious: the Loco Glo 5k. It's one of the races in the Locomotive Race Series in Kennesaw, GA. 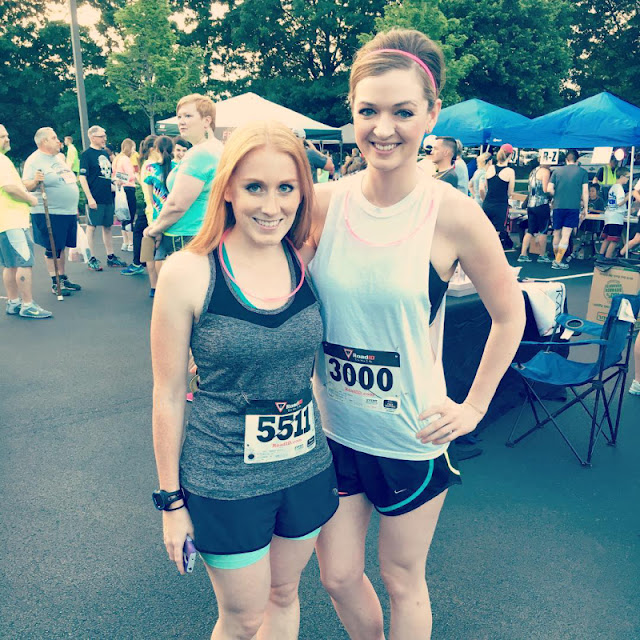 The race was on a Saturday night at 9pm. It took place in the dark, so we were given glow necklaces. It was a good concept, but some parts of the course were not well lit, and the only way I could see other runners was by their glow necklaces. I enjoy running at night and that part was fun, but I did worry about stepping into a pothole or tripping over something. Luckily, neither of those happened.


Since this was more of a fun 5k, there were a lot of kids at the race, which made it difficult in the beginning as my friend and I had to go around several of them. To the race's credit, the announcer did tell the participants at the starting line to get off the front line if they weren't going to be running a 6 minute/mile pace.


I stuck with my friend for roughly the first mile at a 9:14 pace. The second mile was a 9:15 pace. I knew that I wasn't going to take this 5k seriously, since it was a fun 5k and since I wanted to stay near my friend for the first mile. The race didn't have chip timing either - we were supposed to note our time on the race clock as we finished, and we were handed time cards to fill in our information and our time.

That said, I still didn't want my time to be awful and look out of place with my other 5k efforts. I decided I needed to pick up the pace for the third mile - and I did, completing it at an 8:30 pace. As I rounded the corner towards the finish with 0.14 miles to go, I started to sprint the last part of the race. I usually don't do an all out sprint for that long (although I should make it a habit), so it was difficult and I was quite worn out by the time I crossed the finish. My pace in the very last part of the race was around 6:30 minutes/mile. My overall time was 28:08. 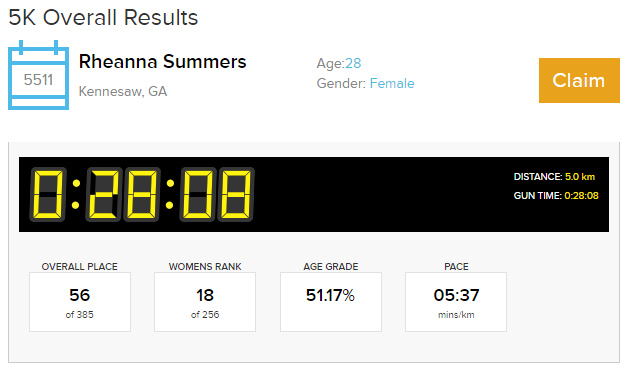 My friend did well for her first 5k! She had only been out running a few times but got a 32:12 and placed 9th in our age group. My first few running efforts at that distance weren't as fast as that, so she's off to a good start.

They were giving out awards to the top overall male and female, as well as the top 3 in each age group. In the email we received prior to the race, they told us to stick around for the awards if we thought we placed. My friend and I had plans so we had to leave right after finishing the race, and I didn't think anything of it since I knew I wouldn't place. There were 385 participants in the race and I wasn't taking it seriously, so I had no chance of placing.

Or so I thought.

When we got the results the next day, I checked my time and my friend's time and checked our placements. I got 56th overall out of the 385 runners and 18th out of the 256 female runners. When I went to the 25-29 female age group, I saw that I was ranked 2nd out of 23. I had placed 2nd in my age group and would have had an award had I stayed longer after finishing the race! I was so sure that I wouldn't place, but I was completely wrong. I learned a valuable lesson about not underestimating myself and not making assumptions. I won't make that mistake again! 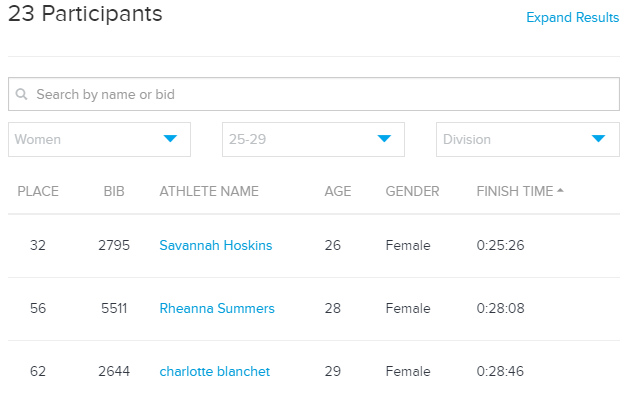 Posted by Rhe at 4:48 AM
Email ThisBlogThis!Share to TwitterShare to FacebookShare to Pinterest
Labels: Georgia, race recap, running