On June 4th, I participated in the Sweet Tea 5k Run/Walk at Still Family Farm in Powder Springs. It was a trail race through the woods on the property - only my 3rd trail race ever.

Trail races are fun, more scenic, and have more variation in the terrain than a road race, but they are difficult. Much more difficult. The first time I did a trail race was the Interlaken Icicle Dash in Seattle, WA. It was only a 5k, but it took me 38:20 to complete; around 10 minutes faster than my typical 5k time. Although the Sweet Tea 5k didn't have stairs and steep hills, it had several smaller hills and uneven ground (gravel, dirt, grass). It was also made more difficult by the Georgia heat and humidity. It was a gorgeous morning, but not optimal running conditions.


This was the first 5k I signed up for when I got to Georgia. Even though I grew up in the south, I'm not a big sweet tea drinker, but I have grown to like it over the past year. I appreciated the bottle of sweet tea after running through the humidity. Along with water, bananas, and granola bars, they also offered barbecue chicken wings. The race was put on by a church, and a prayer was said at the starting line before we all took off running. It was definitely a southern 5k and quite different from the 5ks I've attended in Seattle. That said, I had 3 people come up and talk to me - asking me how I did, telling me how they did, and asking me about where I went to college. I go to most of my races alone, and this is the first time I've been approached by strangers who wanted to introduce themselves and chat. It was a friendly race! 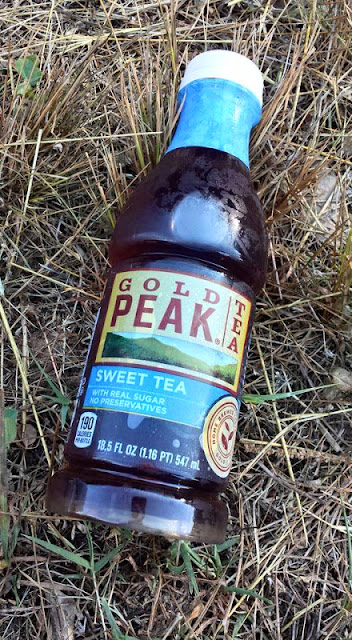 The course started in a grass field, went up a small hill, and then down a gravel road before going around another field and into the woods. Once in the woods, we went around a loop twice before exiting the woods and running back around the second field to the finish. The hills in the woods weren't super steep or long, but I was already tired from the heat, humidity and lack of sleep so they were challenging for me. I ran up all of them though. I have my doubts that the course was actually 3.14 miles, as my GPS watch said it was 2.95. However, it was more of a fun race so I don't know if having a super accurate distance was the most important thing.


My pace was inconsistent throughout the race. I finished the first mile in 9:13, which was slower than I would have liked. The second mile was even worse at 10:29, but I picked it up for the last mile and had a pace roughly around 9 minutes. My overall time was 28:40. I felt like that was slow, but after thinking about it, it's better than my times for the other trail races I've done, and it was 8 seconds faster than the Georgia Tech Pi Mile, which was a normal road race.

Once again, I thought there was no way I would place. My time was too slow and I didn't try hard enough for this race - I was just trying to get through it. But after leaving before the awards ceremony in my last race and later finding out I did place, I knew I should learn from my past mistake and stick around anyway. When they started announcing the top three in each age group, I realized it wasn't broken down into the usual 25-29 for my age group - it was 20-29, which doubled the amount of people I'd be competing against. At that point I thought I was right, that there was no possible way I'd be in the top three, but then they called my name for second place in my age group! I was surprised and happy about that, and glad that I learned from last time and stuck around! 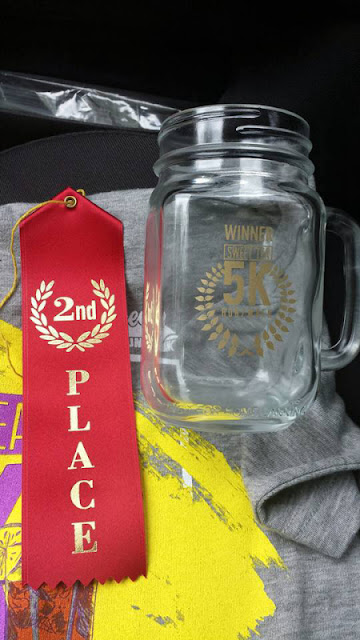 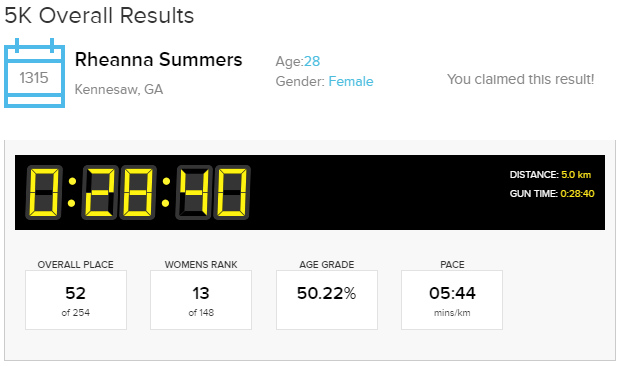 Posted by Rhe at 11:24 AM
Email ThisBlogThis!Share to TwitterShare to FacebookShare to Pinterest
Labels: Georgia, race recap, running