My second hike during Memorial Day Weekend was at Black Rock Mountain State Park. This quickly became my favorite park/hiking location in Georgia. The entire park was beautiful. I drove up a well paved, steep, winding road into the mountains. At the top was a visitor center, parking, picnic tables, and a viewpoint.

I got a park map and then drove a short distance back down the road to the trailhead parking. This is outside of the area with the visitor center. It's a small lot and costs $5 to park in, or is free with a Georgia ParkPass. There were only a few other cars when I got there after 10am, but when I finished my hikes in the afternoon, it was filled up and people were starting to park on the sides of the road. 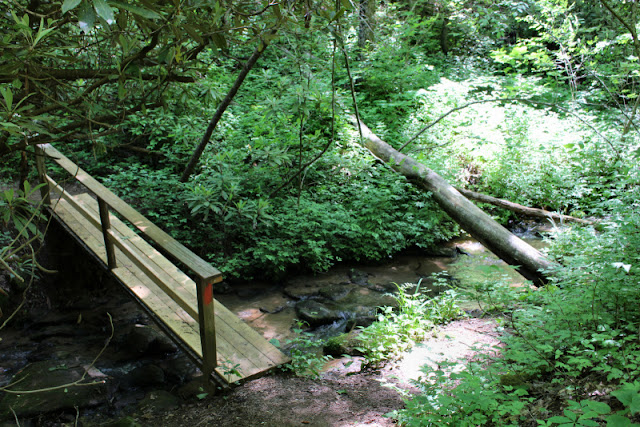 The trail descended into the woods for a while. Eventually, I came across a stream and some fern fields. The trail began to ascend and came to a side trail that led up to Lookoff Mountain. I definitely recommend taking the detour up to Lookoff Mountain, as it has some amazing views of the surrounding mountains and landscape. 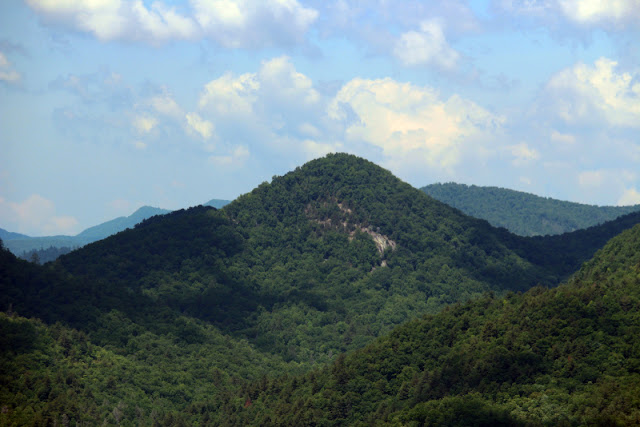 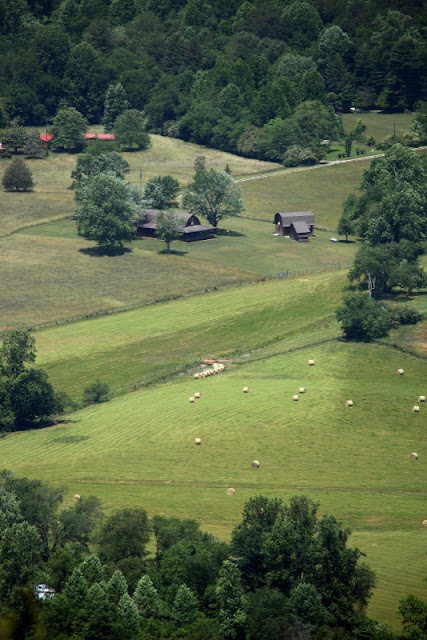 After leaving Lookoff Mountain, the trail began to descend, eventually meeting the gravel road that leads to Black Rock Lake. I left the trail to walk down the gravel road to the lake. The lake is visible from the trail, so it's not a long detour. After seeing the lake, I walked back up the road and continued on the trail. I encountered the stream again, along with a small waterfall.

After finishing the Edmonds Backcountry Trail and coming to the sign where the two trails split, I began the Tennessee Rock Trail. This trail was only 2.2 miles long. The highlight of the trail was the overlook, which has some of the best views in the park. This trail is short and easy enough that most visitors can get to the overlook. 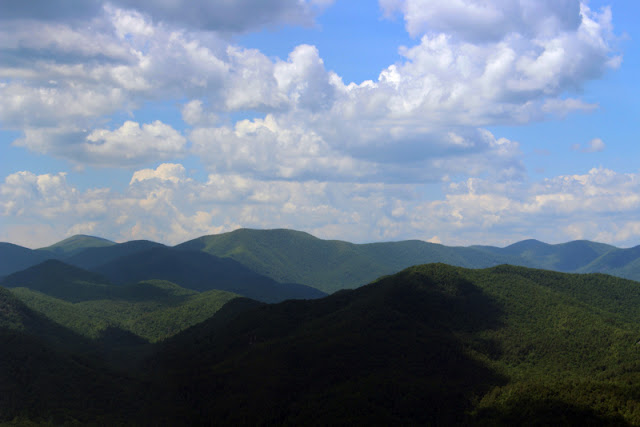 I really enjoyed Black Rock Mountain State Park. I thought it had the best views I've seen so far in Georgia, and the trails were pretty and well maintained. The park itself was great - I liked that it was smaller and quieter than other parks I've been to. I definitely recommend this park to anyone in Georgia or the surrounding states, and I'm looking forward to the next time I can come back!
Posted by Rhe at 6:02 AM
Email ThisBlogThis!Share to TwitterShare to FacebookShare to Pinterest
Labels: Georgia, hiking, trail report