While reading reviews for the park, many people loved it, but several also said it was a pricey tourist attraction and not worth the cost. Tips given by the reviewers said to go during the week or go early on the weekend, since the park can get very crowded with lines to get on the bridge and the cliff walk.

I planned a trip to Vancouver for my first weekend back in Seattle. I took Friday off of work so that I could visit the park on a weekday. My plan was to get to the park as soon as it opened at 8:30am, and then go hiking afterwards. I stayed in a hotel in Ferndale, Washington (near the US-Canada border) the night before so that I wouldn't have to wake up super early to drive to Vancouver from Seattle.

I arrived at the park shortly after 8:30am. There were already a few visitors near the entrance and just inside the park. Parking was easy and cost $5. Tickets for the park are $40, but it showed up as a few dollars less on my credit card statement due to the exchange rate.

The first thing I did was go onto the suspension bridge. It led from the park entrance over to the rest of the forest where the suspended footbridges are located. From the bridge, I could see the river below and the surrounding forest. At first, there were 10 or 12 other people on the bridge. Whenever someone walked, the bridge shook and swayed, so it was difficult to hold a camera steady to take pictures. Eventually, everyone else cleared off the bridge and I was able to get a few shots of the empty bridge. 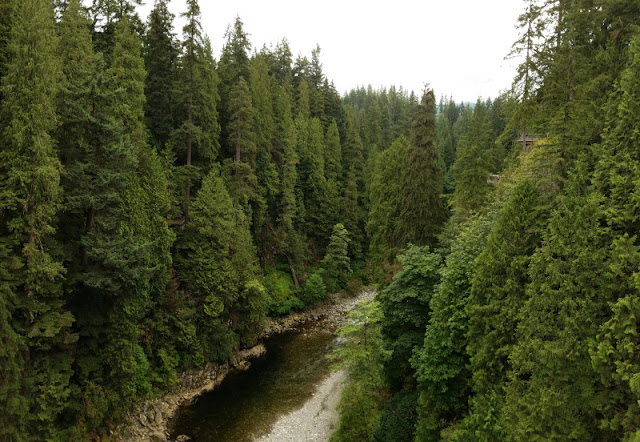 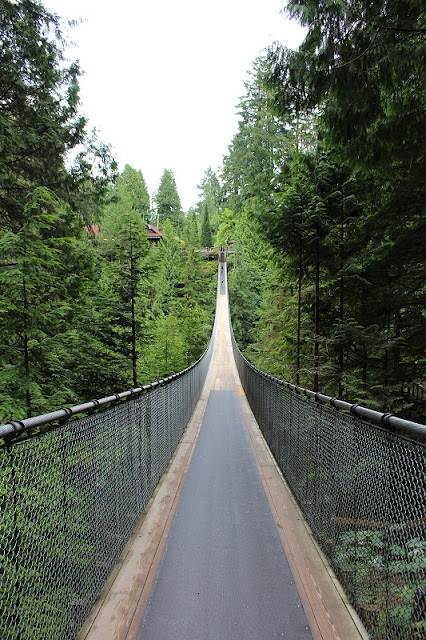 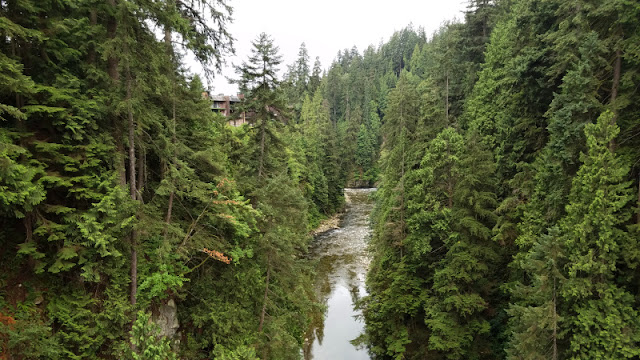 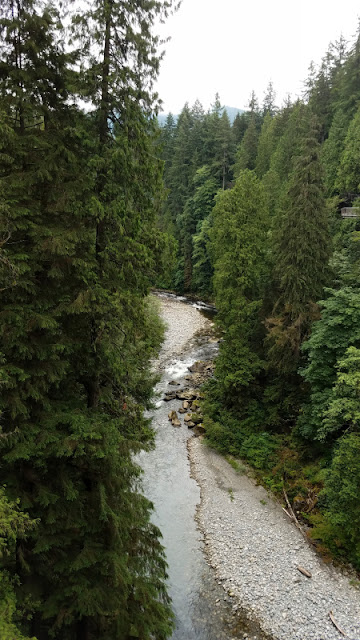 After leaving the bridge, I headed into the forest part of the park. This is where the Treetop Adventure (the seven suspended footbridges) is located. I walked around the paths on the ground first, looking at all the trees and plants. It was a beautiful area and is representative of the general appearance of the Pacific Northwest. Once I walked around all the ground paths, I went up into the Treetop Adventure, which was fun and provided a different view of the park. 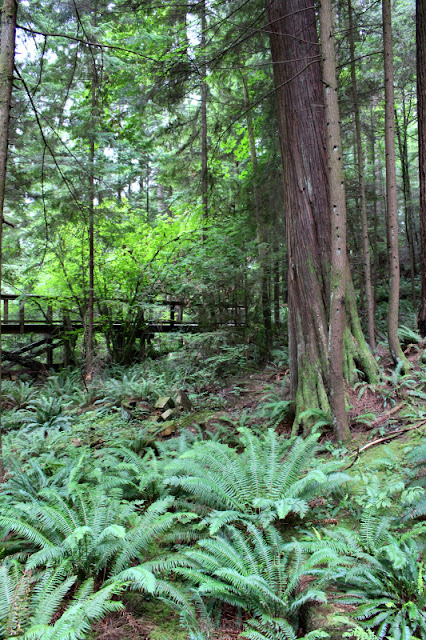 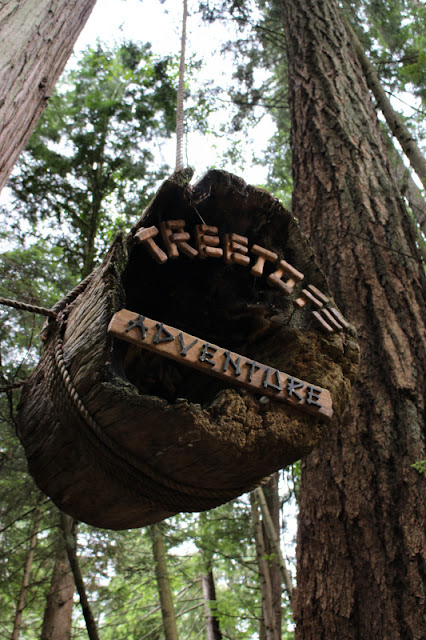 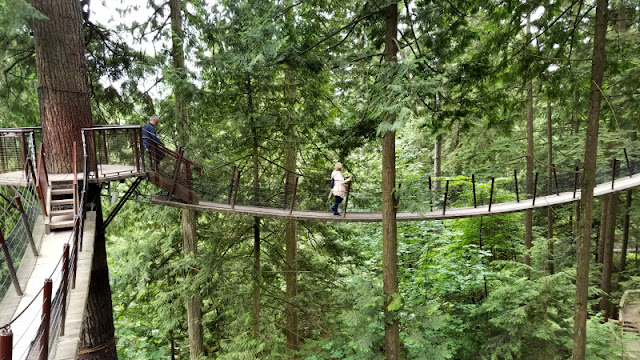 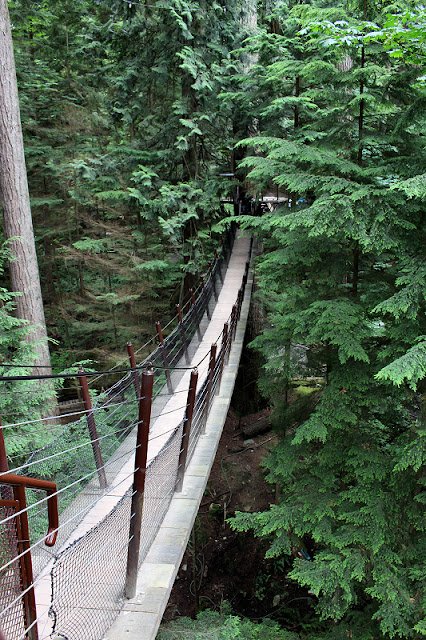 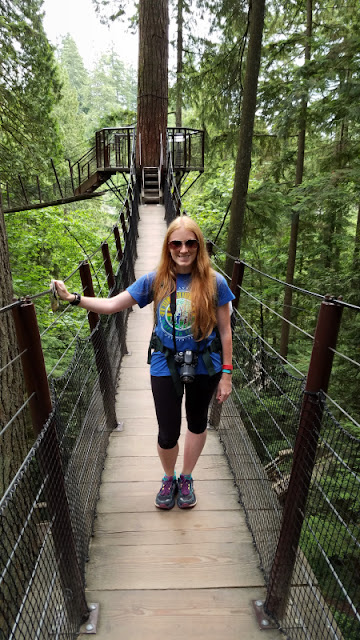 I then headed back down and crossed the suspension bridge back to the rest of the park. Other than gift shops and food, the only thing left was the Cliffwalk. This was fun to walk on as well, and I lucked out again because no one else was on it while I was there. After completing the Cliffwalk, the path led back to the park entrance area where the food and gift shops were. Along the way, there were interactive plaques with facts about water and trees. I learned quite a few new things. 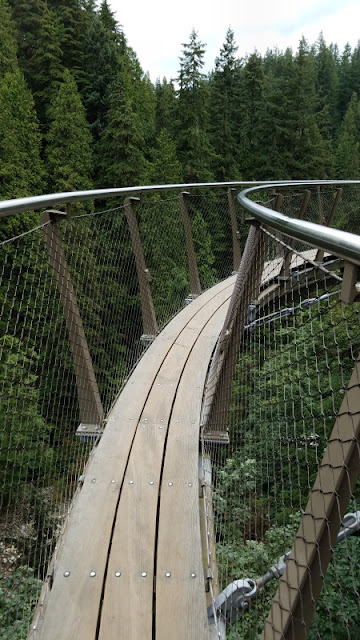 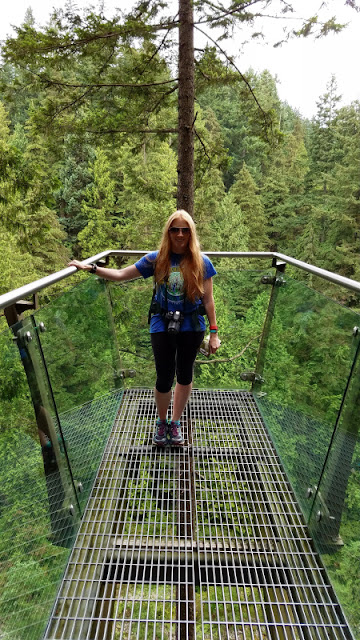 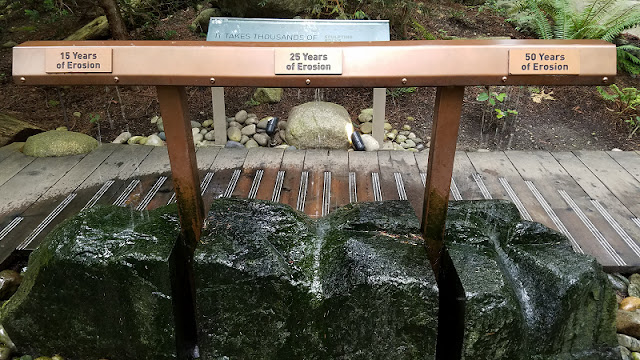 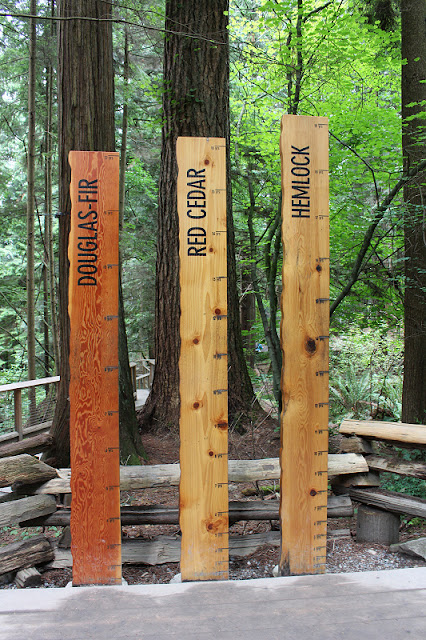 Would I recommend the park? I had a good time here and was glad that I visited and could cross it off my list, but since I live in the Pacific Northwest and see this same scenery all the time, it maybe wasn't worth the cost. If someone has never been in the Pacific Northwest before and isn't used to this type of scenery, I think this park would be a great choice. Same for anyone who has never been on a suspension bridge or on pathways up in the trees. It definitely is a tourist spot, so if you do go to the park, go during the week and get there as soon as it opens. I should also say that if you're afraid of heights, this is probably not the park for you!
Posted by Rhe at 7:56 AM
Email ThisBlogThis!Share to TwitterShare to FacebookShare to Pinterest
Labels: Canada, trip report