For my second day in the Columbia River Gorge, I hiked on the Eagle Creek Trail to Punch Bowl Falls. This waterfall has been on my photography list for a while, but I found out that April was not the right time of year to get the shot I wanted. I would have liked to get a straight on shot of the waterfall from ground level, but doing so would have required wading into the stream and around the corner of the cliff wall in order to see the falls. I did take off my boots and socks and wander into the water, but it was too cold to stay in it for long and I couldn't get far enough to see any of the falls.


I then went back up the trail to see if I could get a shot of the falls from above. There was a viewpoint, but a barrier and some foliage was in the way of getting a unobstructed photo. I'm not the type of person who goes around barriers since they're there for a reason, but I decided I didn't come all this way to not get a photo of the falls. So, I took off my pack and crawled under the barrier with just my camera. There was a short incline to carefully walk down in order to reach a small flat section at the edge of the cliff. I wasn't thrilled about going down there, but after I did it once I was okay with going back and forth between my pack and the ledge to switch out lenses. 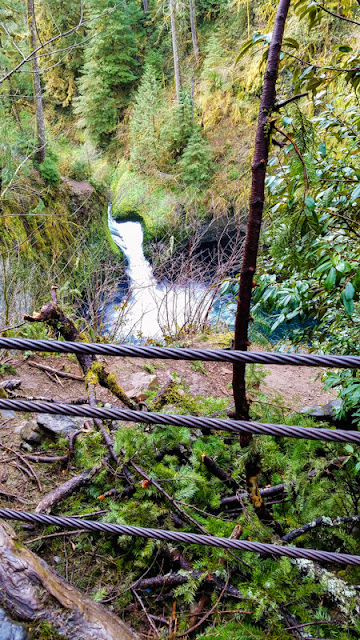 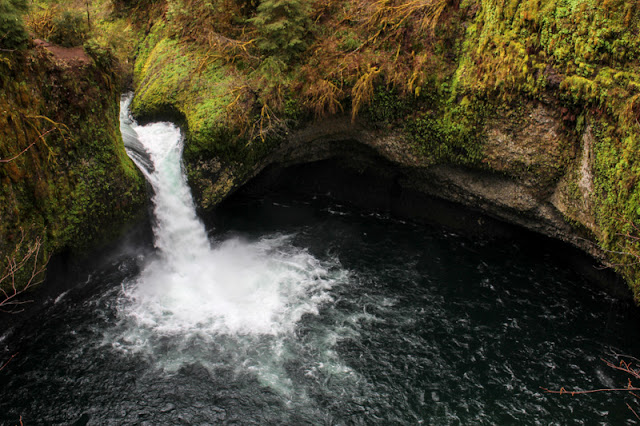 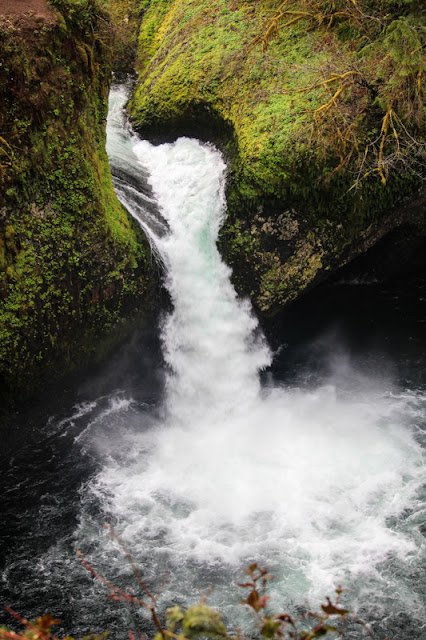 There is a sign near the barrier that says no cliff jumping or diving into the pool below. I think doing something like that would be terrifying, since the ledge is about 80 feet up and because I would think anyone jumping would hit the rocks at the bottom of the pool if the water wasn't deep enough. It's certainly not something I would ever want to do. 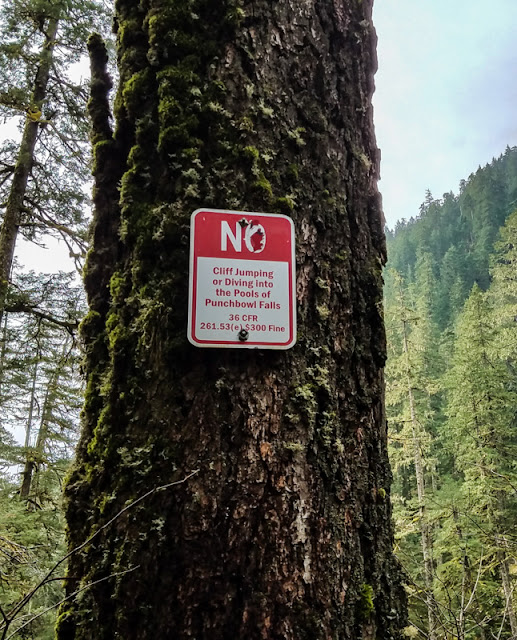 The hike to Punch Bowl Falls was only 4 miles round trip. The trail getting there was one of the coolest trails I've been on. It follows Eagle Creek, starting at the same level as the water and gradually gaining elevation until it's high above the water. The trail winds along the cliffs with amazing views of the valley. It's one of those immense places that makes me realize how small I am. Everything about it was gorgeous - it was lush and green, with waterfalls flowing down the cliffs, wildflowers, and narrow, rocky pathways. I'd love to come back here and hike further along this trail to Tunnel Falls and maybe beyond that. 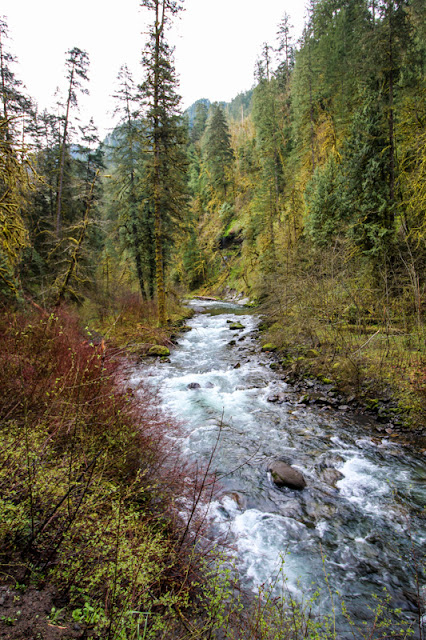 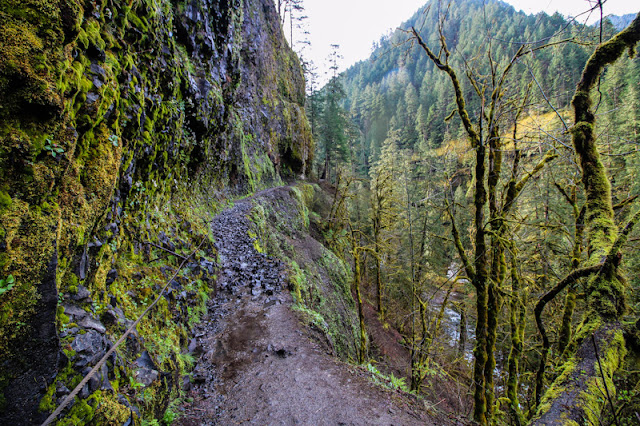 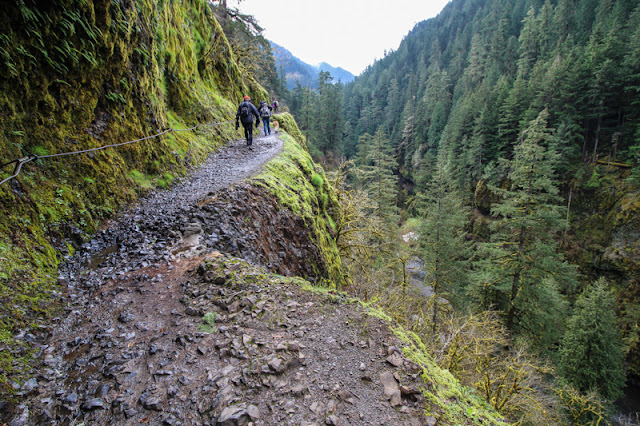 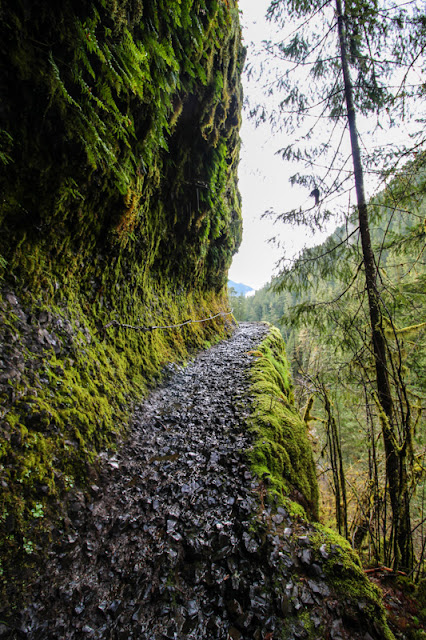 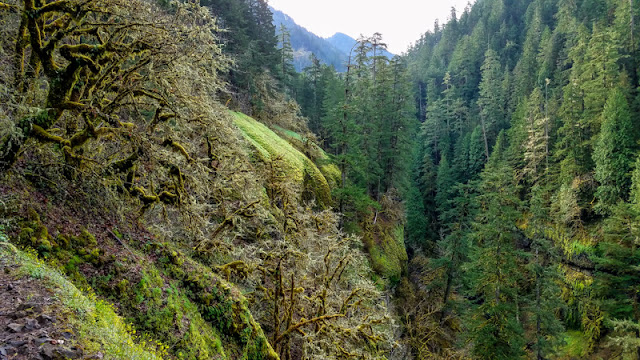 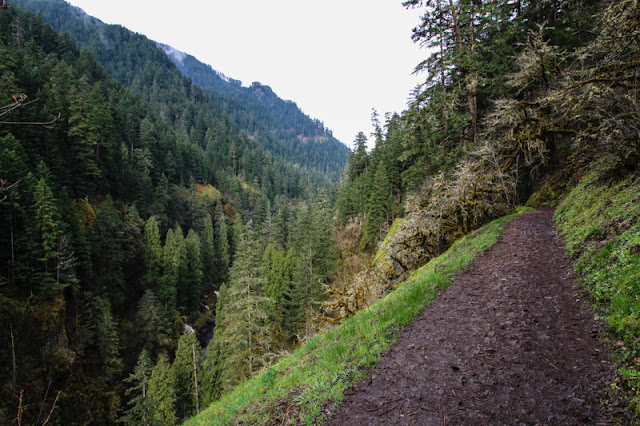 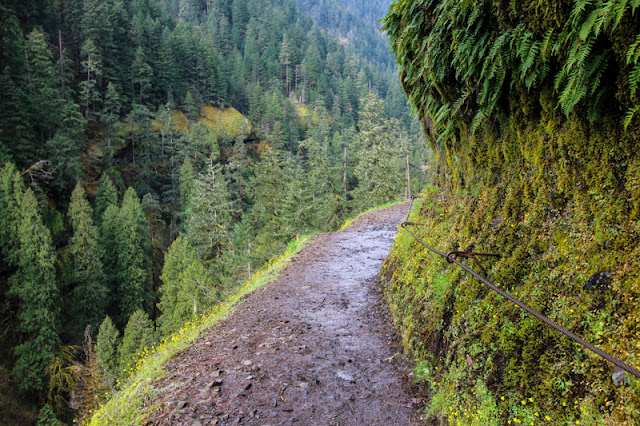 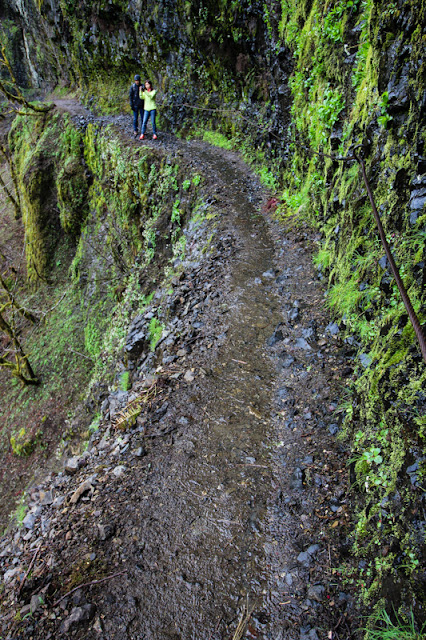