This past weekend I wasn't doing any traveling, but I still wanted to get out and do something active outside. I checked a few trip reports for my favorite hikes in the Cascades, but they're all still snow covered, so I decided to go out to Whidbey Island and do a hike that I saw posted on Facebook by The Seattle Times. It's called Ebey's Landing and it appealed to me because the trail went along the bluffs overlooking the ocean. 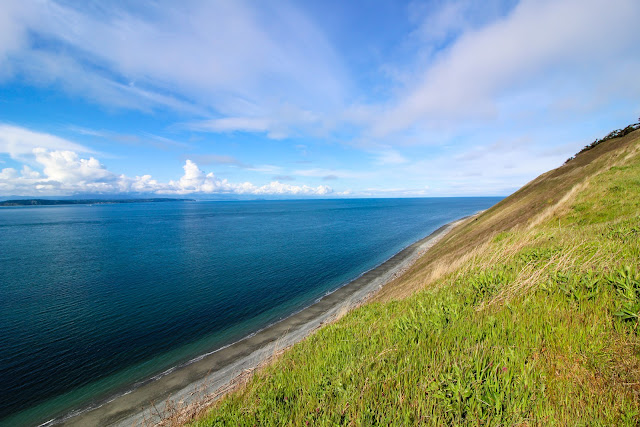 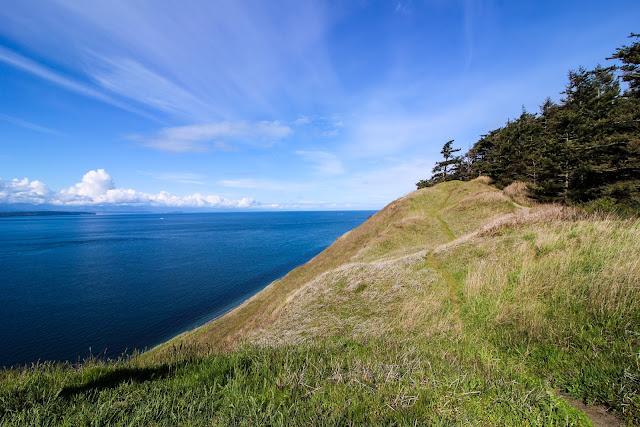 I picked up my friend Kimberly and we drove the 2 hours to get to Whidbey Island. It ended up being a gorgeous day - sunny with blue skies and fluffy white clouds. The hike was stunning. The trail began at shore level and went up onto the bluffs between farmland and the ocean. 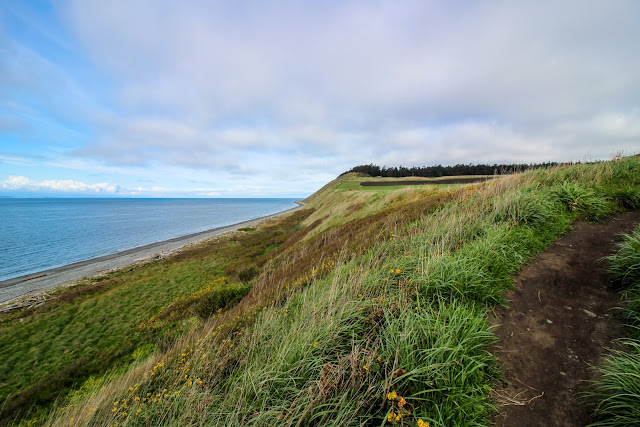 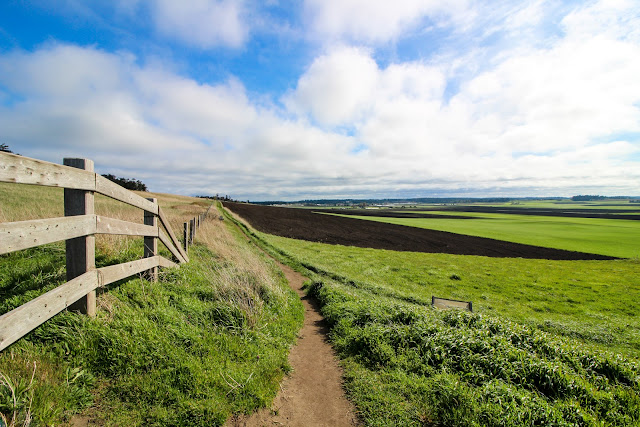 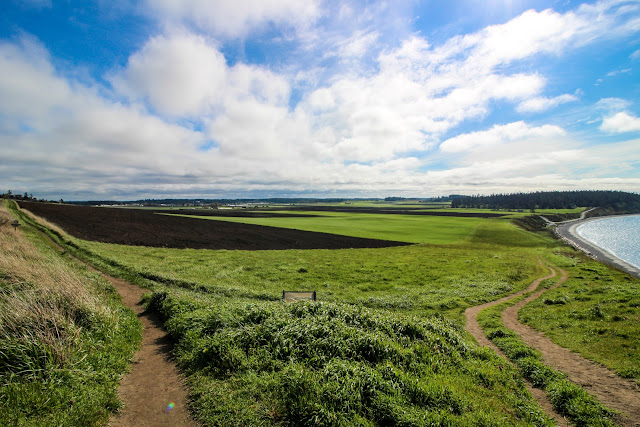 The hike is about 5 miles round trip, and for the second half the trail descends and you return to where you began by walking along the beach. Across the way, we could see the Olympic Peninsula. 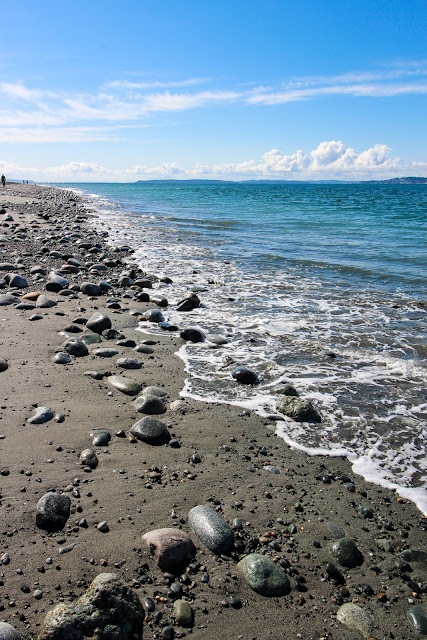 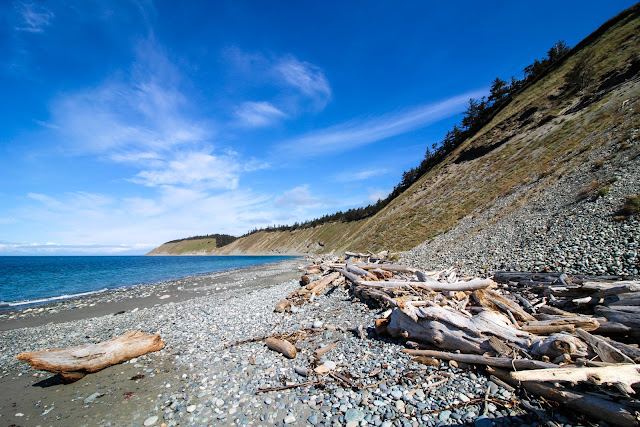 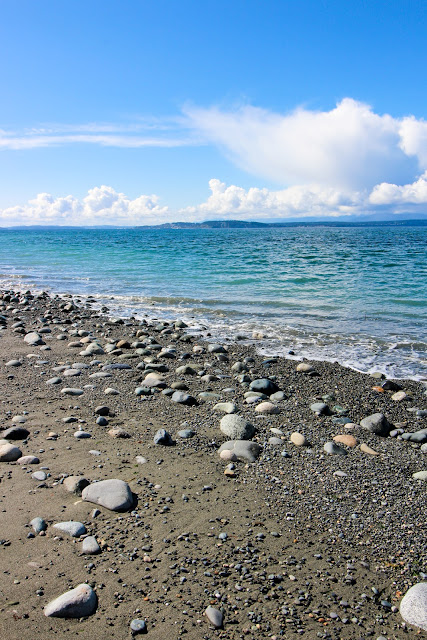 I highly recommend this hike for anyone who visits Washington and wants to see some of the coast or visit one of the islands. 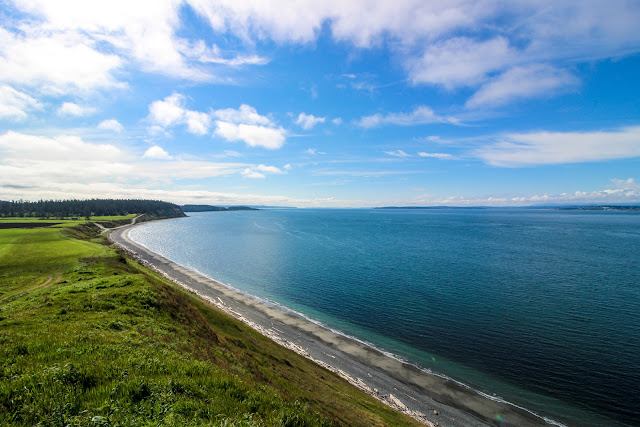 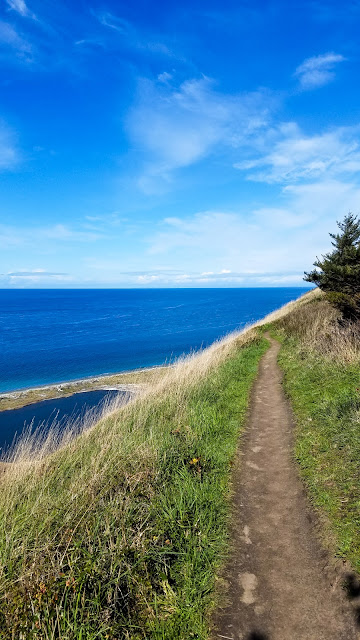 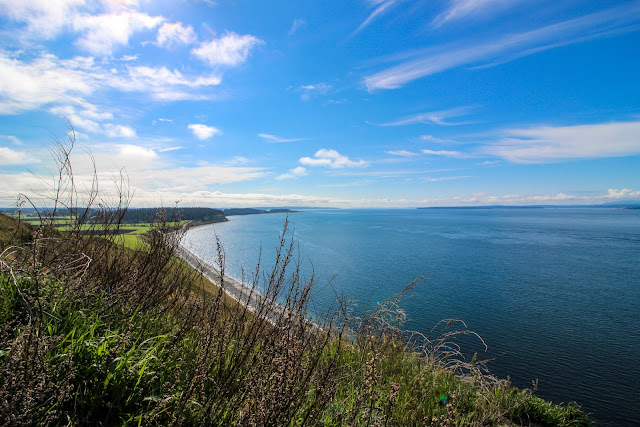