One of my goals is to see every lighthouse in Washington and Oregon. On my list are 25 lighthouses in Washington and 12 in Oregon. This past weekend I took a trip to the Columbia River Gorge, and before I left I checked to see if I would be near any lighthouses during my trip or the drive down there. Although I wasn't going anywhere near the coast, I was in luck!

Oregon's smallest lighthouse is the Warrior Rock lighthouse, and it sits inland on Sauvie Island on the Columbia River. To get to it, there is a 3 mile trail (Warrior Point hike) through a wooded, somewhat marshy area. I decided to run the trail instead of hiking it in order to save time and also so that I could follow part of my half marathon training plan for the weekend.


To park at the Warrior Point trailhead, you have to buy an Oregon Department of Fish and Wildlife permit. Conveniently, there was a small grocery store located on Sauvie Island that sold the permit.

The trail was flat and should have been a quick and easy run, but that ended up not being the case. The first issue was mud and puddles of water on the trail. The mud was deep enough and wet enough that my entire shoe would sink into it in places. These areas required a detour - which 90% of the time was through a thorn thicket.

The second issue was blow downs. There must have been a storm recently, because freshly fallen trees were blocking the path in some places. And by blocking the path, I don't mean a single trunk that can be easily climbed over. There were a couple sections where an entire group of trees had blown down, so I ended up climbing over several at once and walking on literally hundreds of smaller branches. It was a mess.

However, I got a lot of experience dealing with obstacles during this trail run, so I'm glad to have done it. Right around 3 miles I rounded a corner and there was the shore, and the lighthouse. I couldn't get very close to it because of the water level, but it was visible from the shore line I was standing on. It was small and cute. 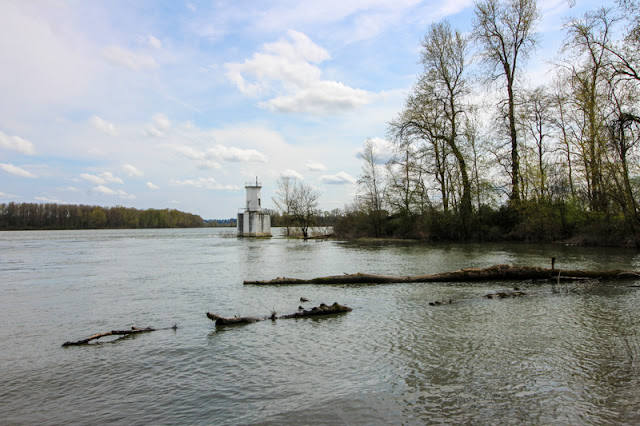 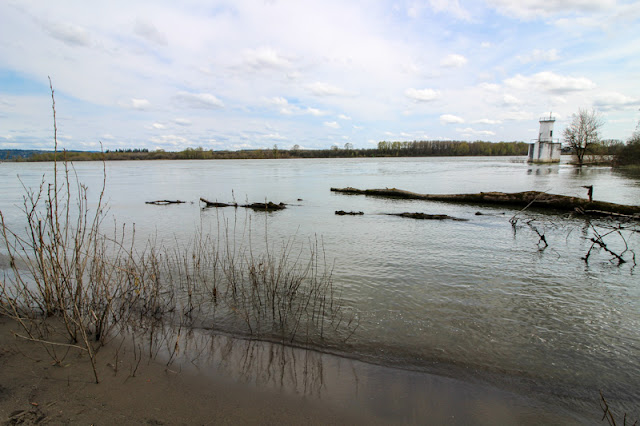 So, one lighthouse down in Oregon, 11 more to go!