The Columbia River Gorge is an area known for its high concentration of waterfalls. There are over 90 on the Oregon side of the gorge, and one of the most famous falls is the 620 foot Multnomah Falls. As a result, this is an area that gets a lot of tourists. I've been to the Columbia River Gorge a couple times, but the only waterfall I'd managed to see was the falls at the back of Oneonta Gorge. Once you park somewhere, it's almost impossible to move your car to another location due to how crowded this area gets. I decided that I wanted to finally see a few other waterfalls in the area and my solution was to camp in the gorge so that I could walk to the falls instead of drive.


I made a reservation at Ainsworth State Park. There are a few walk in tent sites, but the rest are RV sites (which also allow tents). The campground was nice - it was right off the interstate and easy to find, and I appreciated that there were showers. Most importantly, one of the gorge trails passed right by the campground, so I was able to hop on that trail and hike 2.4 miles to the first waterfall on my list.


Side note: I picked a great weekend to visit, because I found out the Gorge Waterfalls 50k and 100k were happening that weekend. I hope to one day run an ultramarathon, and this is my dream race. I can't think of a more scenic place to run! I saw some of the runners on the trail between the campground and the first waterfall, and then I ended up stopping for about 10 minutes in another spot to let about 75 of the runners go by (I checked the race photos and I'm in about 15 of them, off the side of the trail letting runners pass). The runners were so inspiring! I wished I could ask them how I can be like them one day, haha. At the end of my day on the way back to the campground, I saw a few runners again. I was tired from hiking 18 miles, which is nothing compared to the 62 miles they were running that day! I have a long way to go and a lot of work ahead of me if I even want to attempt the 50k distance (31 miles) someday.

Hiking to the falls worked out well. I was able to see 10 of them, and except for the section where I passed by Multnomah Falls and the Multnomah Falls lodge and parking lot, the trails weren't crowded. This is actually the furthest distance I've ever hiked, and although I was tired at the end, I'm looking forward to doing more hikes of a longer distance.


The first waterfall I encountered was Horsetail Falls with a height of 176 feet. These falls can be seen from the Historic Columbia River Highway and there is a small parking area across the road. I had a hard time photographing these due to the spray and water getting on the lens. 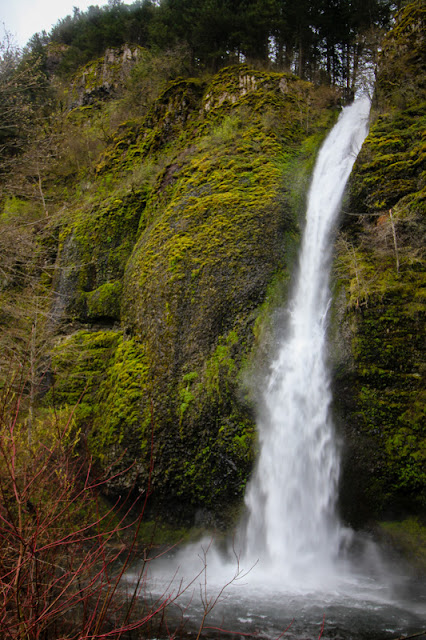 The second waterfall was Ponytail Falls (or Upper Horsetail Falls) at 88 feet. The trail goes behind these falls. 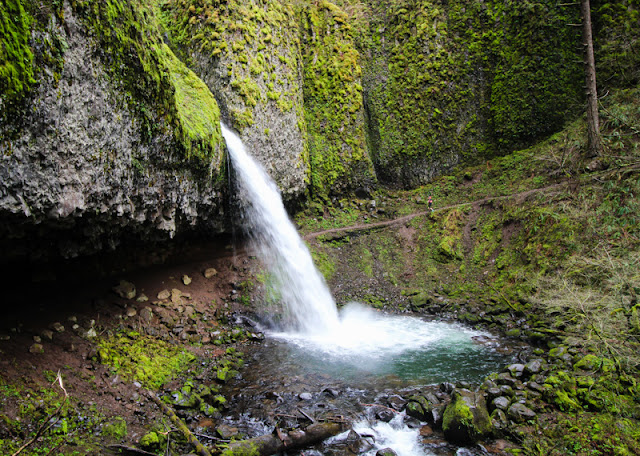 The third waterfall was Oneonta Falls. Honestly, I have no idea if this one is Upper, Middle, or Lower Oneonta Falls. Apparently there is disagreement about which falls are which. The falls I have seen in the past are the ones at the back of Oneonta Gorge. On this trail, I was above the falls I've seen in the past, and the falls I could see were the ones slightly before those. There was still a big chunk of snow next to the falls. 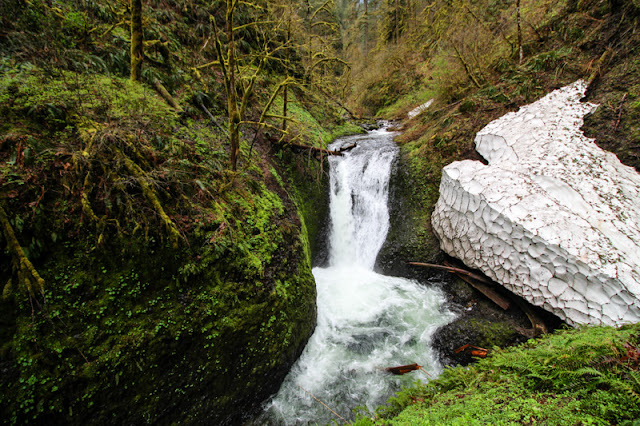 The fourth waterfall was the famous Multnomah Falls at 620 feet! It was so tall! 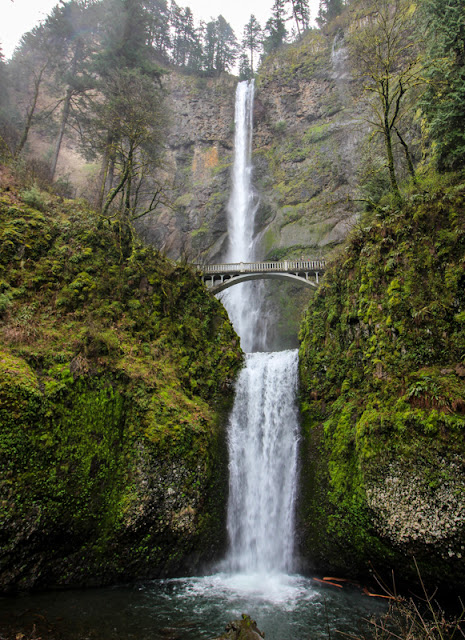 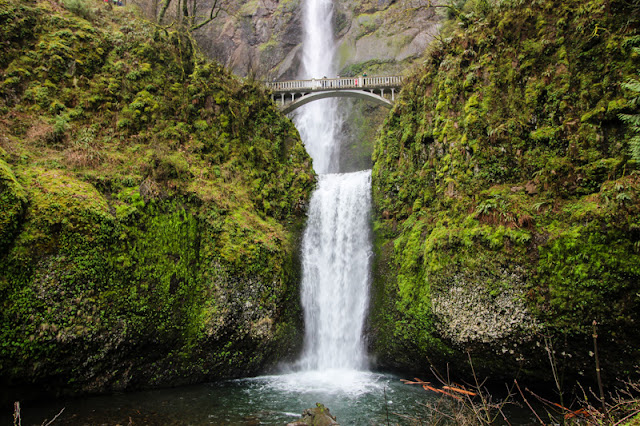 The fifth waterfall was Wahkeena Falls at 242 feet. There is a bridge that allows visitors to get a close view of the falls. 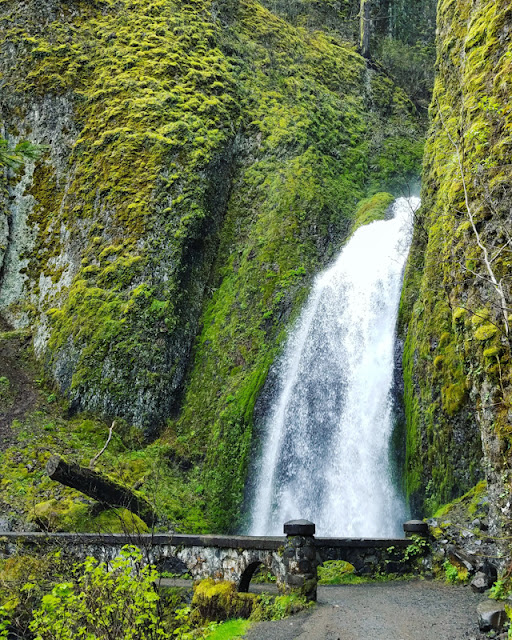 The sixth waterfall was Fairy Falls at 30 feet. This one has been on my list for a long time and it's one of the most frequently photographed waterfalls in the state due to its appearance. It was a delight to photograph (and so easy - not much spray). I just need to improve my photography skills for next time. 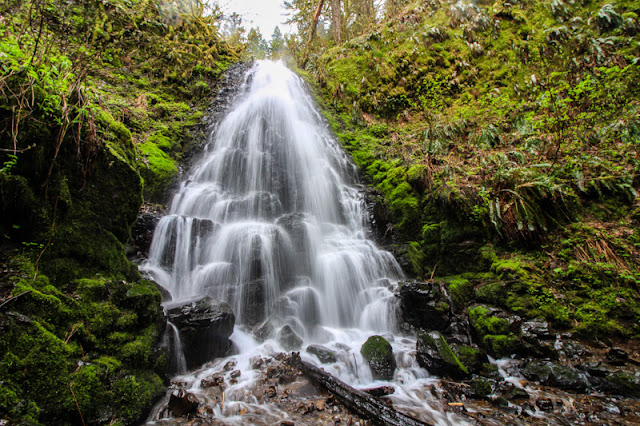 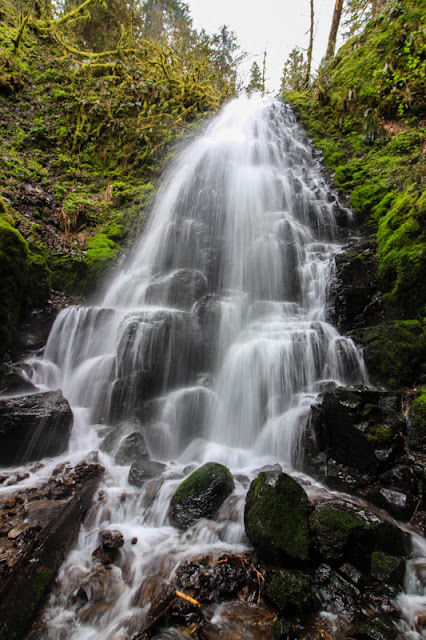 The seventh waterfall was Ecola Falls at 55 feet. When I came to this one, I saw the top of it disappearing over the edge. It's the closest I've been to the top of a waterfall. For some reason, I didn't get a good shot of this one straight on, so I only have this view from the side. 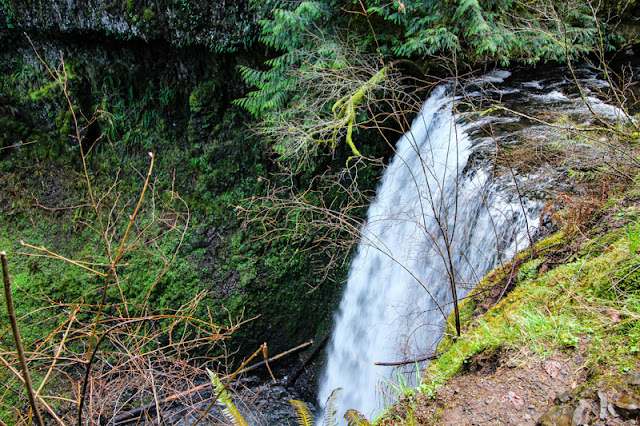 The eighth waterfall was Wiesendanger Falls at 50 feet. This was difficult to photograph due to the direct overhead sunlight. Right after seeing it, there was a huge patch of snow covering the trail that someone had carved steps into. It worked, but I was not a fan of the snow steps because I felt like I was going to slip and end up sliding into the river below. After getting down those, there was an awesome overhang that the trail went under. 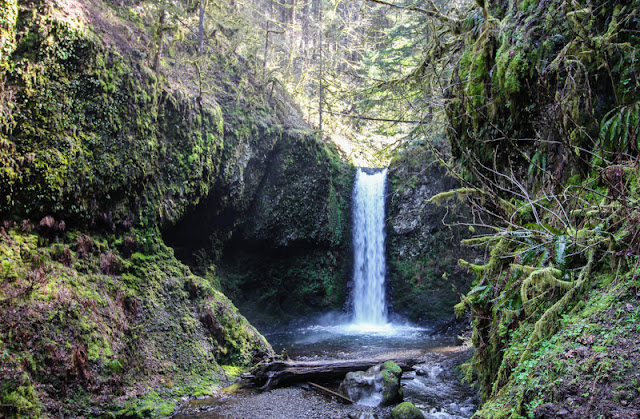 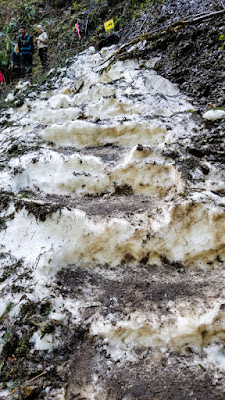 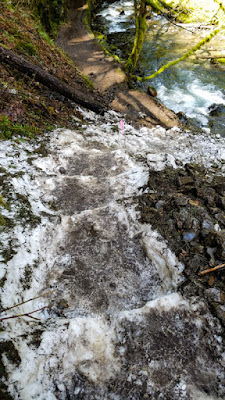 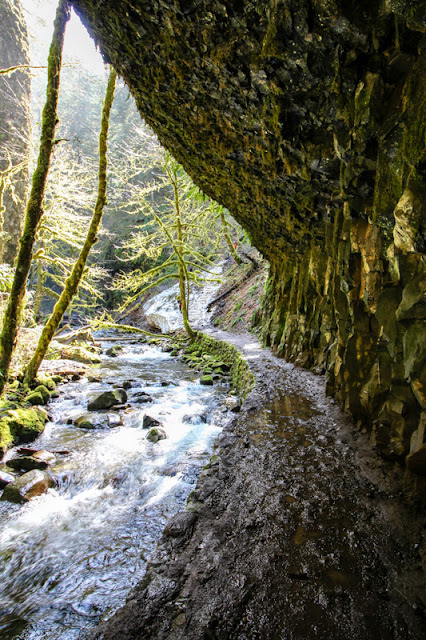 The ninth waterfall was Triple Falls at 64 feet. The trail up to the viewpoint for these falls ended up being the steepest section of trail I'd been on all day. I guess it was a good thing that I saved the most difficult for last and could hike back to the campground afterwards. 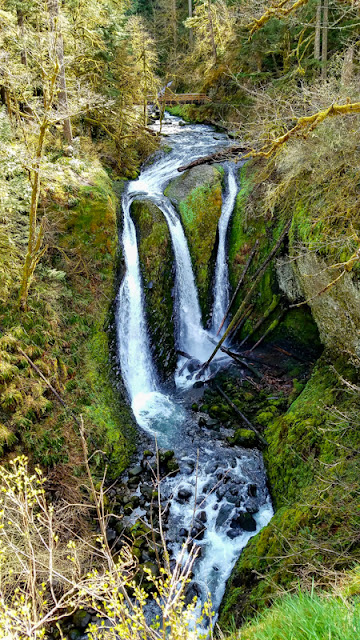 I ended up seeing a tenth fall that day. Latourell Falls was on my list but was several miles from the rest of the falls. After returning to the campground, I still had a few hours of daylight left, so I drove over to Latourell Falls. It could almost be seen from the parking area, and I walked down one trail so I could get a closer view. These falls were beautiful and I loved the basalt amphitheater and the colors surrounding the falls. They were difficult to photograph though due to the spray and because it started raining and I had to point my camera up to get the entire falls in, so I kept getting water droplets on the lens. I think these falls ended up being my favorite, and I definitely want to go back and take more photos during better weather and a different season. As always, I saw several other pretty areas and mini waterfalls along the way. 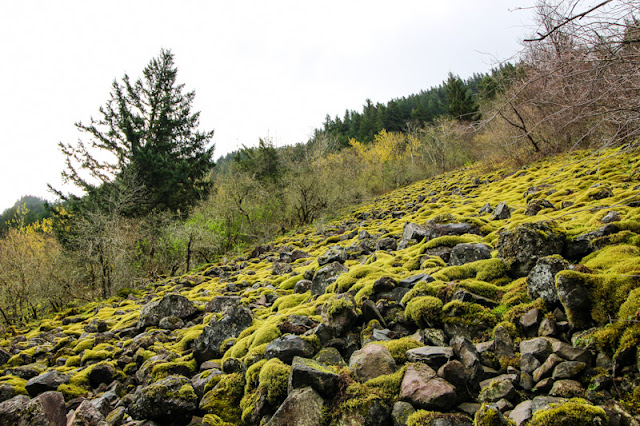 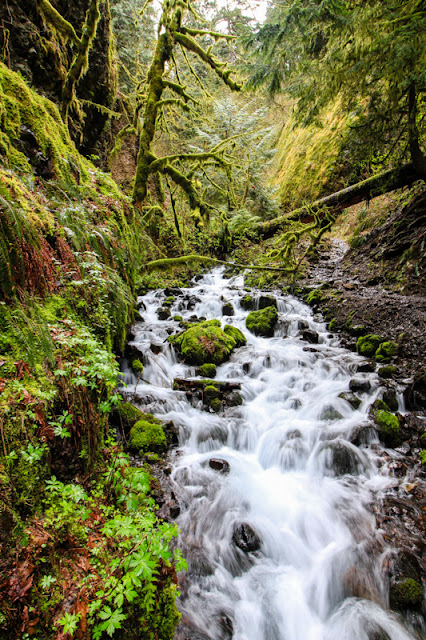 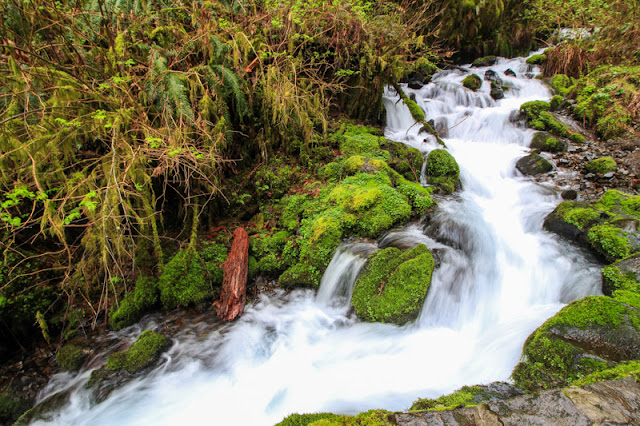 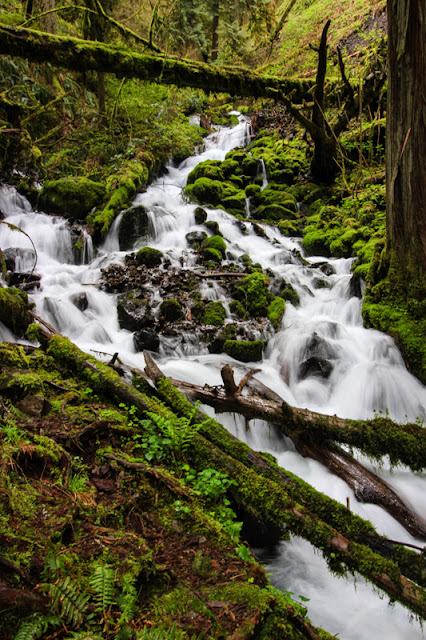