Saturday morning was my last race before my big races in June. I had planned on doing the 12k version of the Tiger Mountain trail run, which would have been a great training race for my half marathons in Grand Teton and Yellowstone. The 12k gains 1,780 feet of elevation, including a 900 foot climb.

However, I've been sick for the last two weeks and after seeing the doctor the afternoon before the trail race, we both determined it's likely that I have mono. Most people are in bed for weeks or can't do much at all since mono tends to make people very tired. I haven't missed any time from work (we don't have sick days and I've already planned out and put in for all of my paid time off for the year), but I haven't run much at all in the past two weeks. I figured it'd be a good idea to switch to the 5k version of the trail race instead, which only gains 590 feet of elevation.


Luckily, it only took them about 60 seconds at the registration table to switch me from the 12k to the 5k, and those two races started together anyway. There was also a half marathon and 50k version that both started earlier in the morning.

I knew my time would be slow, as trail races are always slower than road races, and I knew I'd have to walk a bit and would be slowed down by the mono. I started out running and ran for about half a mile until I encountered a hill. At that point, I started walking, since most of the other runners were walking up it as well. 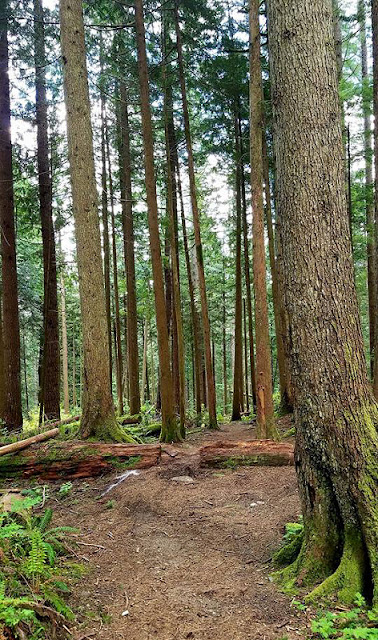 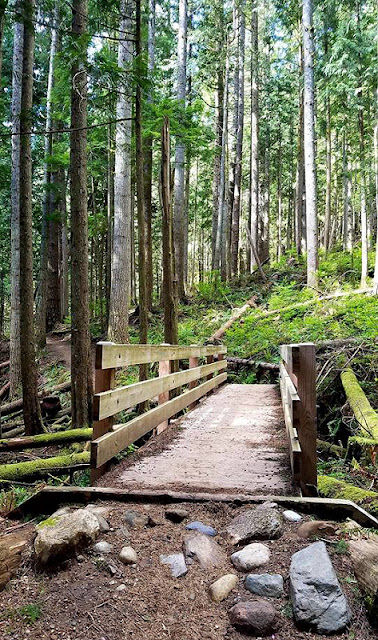 This was definitely one of my most difficult races. I've never had mono before and from what I understand, it hasn't hit me as hard as it hits most people, but it's an odd kind of tired. My entire body and especially my legs felt tired. I wanted to sit down, not run, but I kept going. I'd already paid for the race and one of my goals for the year is to run a race every month, so quitting or not doing it wasn't an option.

I spent most of the race alternating between running and walking. I ran all of the downhill parts and about half of the flat parts, but walked all the uphill and half of the flat parts. The bulk of the other runners were way ahead, and there were a few that were way behind me that were probably walking most of the race. There were two people ahead of me that were alternating between running and walking the whole time, and there was a mom and little girl doing the race together that stayed near me most of the time and eventually passed me.

I was happy to be done, but I wish I could have given more effort for this race. Both this one and the Lord Hill trail race back in February I was either sick or injured for, and I'd really like to do both races again next year to see how I can actually do with the elevation gain and other challenges. 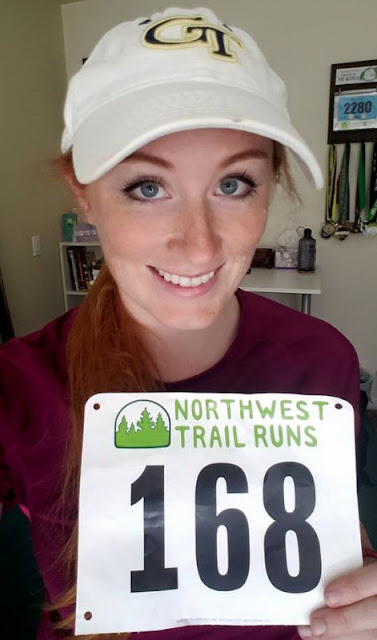