The first hike of my Vantage/central Washington trip was Ancient Lakes. The WTA page says it's 12 miles round trip, but my friend and I hiked just under 6 miles to the waterfall and back. I was initially unsure about this hike, as trip reports said it was easy to get lost and that coming from one of the trailheads required hiking down a steep trail with loose dirt and rocks. I ended up going to the alternative trailhead that didn't involve the steep section, which made the journey to the waterfall a bit longer, but easier. 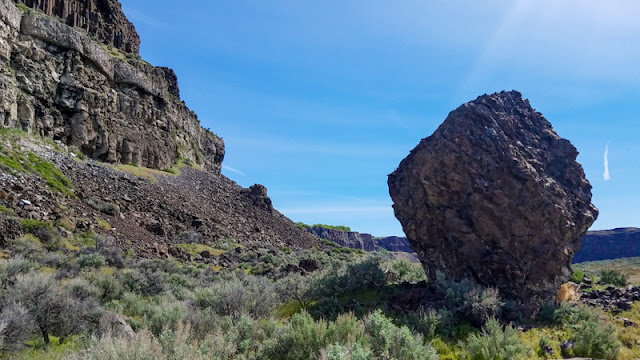 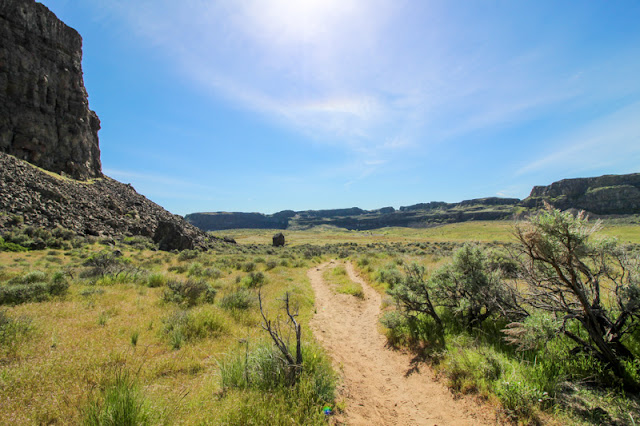 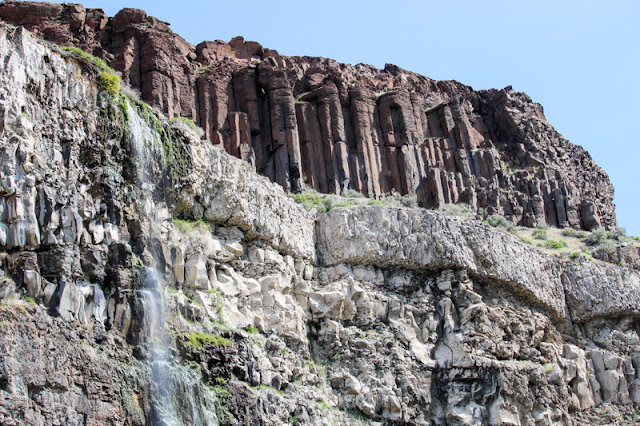 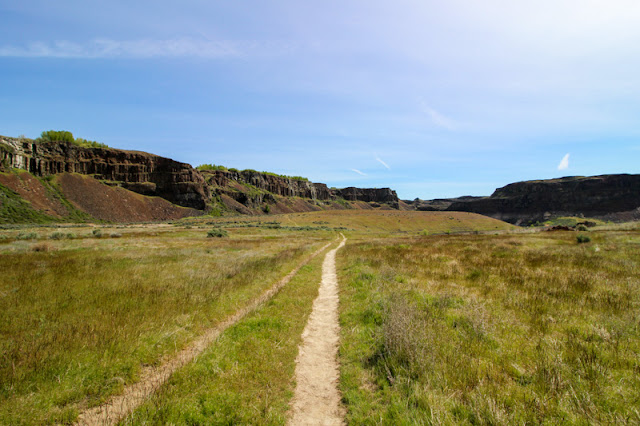 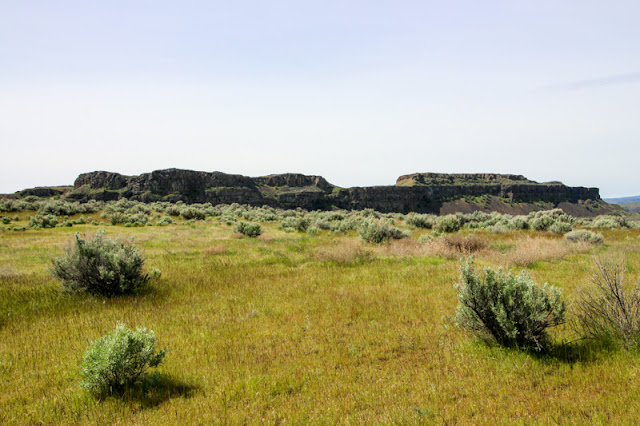 We started by walking into the canyon on a flat trail that eventually led to the lakes. On the way, we encountered an awesome free-standing rock. When we reached the first lake, we chose to go around it to get to the waterfall. There were several camps set up around the lakes, and it looked like a great option for a beginner's backpacking trip. 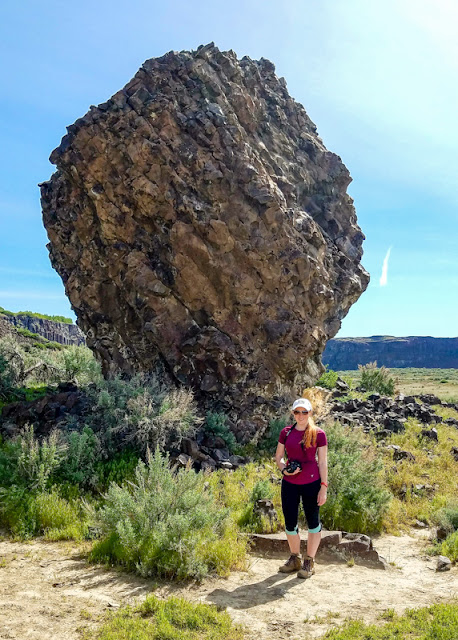 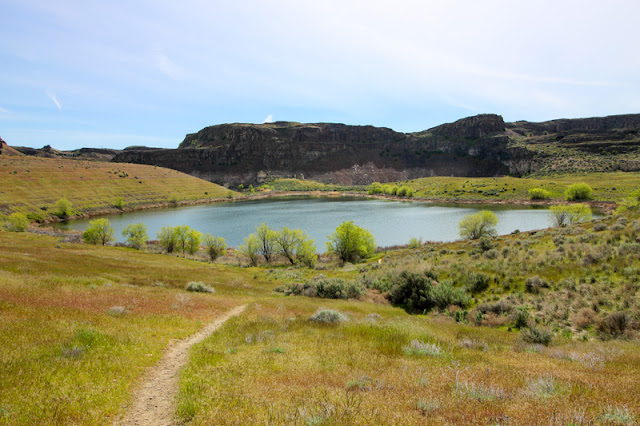 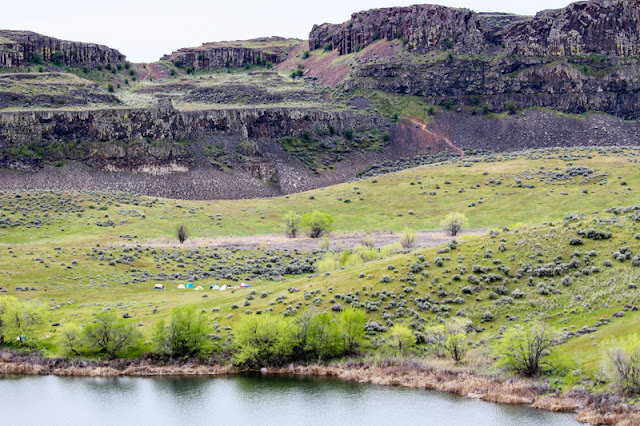 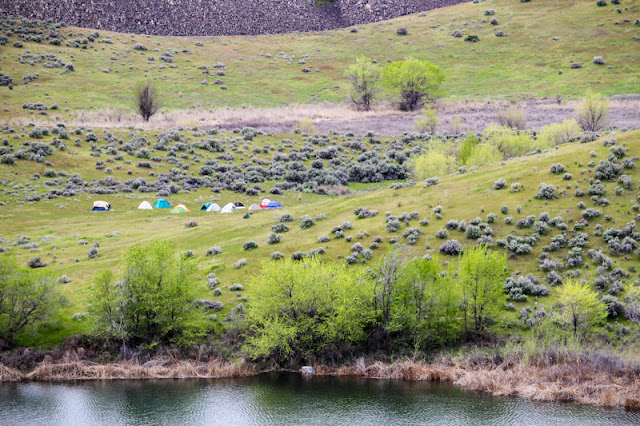 I suppose if you did all 12 miles around the entire canyon and all the lakes, it would be possible to get lost. However, since it's easy to see most of the area from wherever you are, I didn't think it would be possible to get lost in the canyon. There are several trails around the lakes so that you can take a variety of ways, but it's not difficult to see where all of them lead, or connect back up. 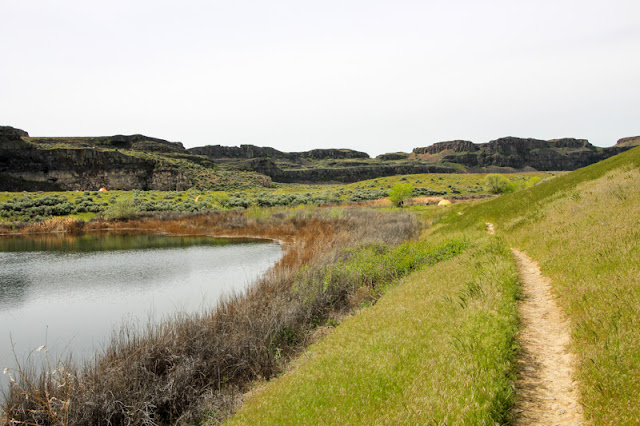 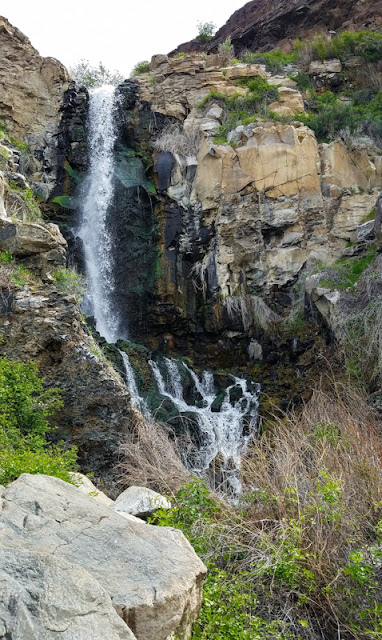 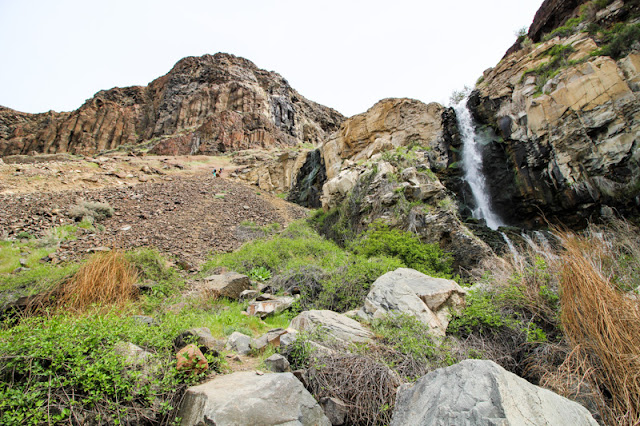 This area was absolutely beautiful - we were surrounded by the canyon walls, with sagebrush, grasses, and some wildflowers in the basin, along with the lakes and waterfall. I would like to come back one day and spend more time hiking around this area, and I recommend it to anyone who visits central Washington. 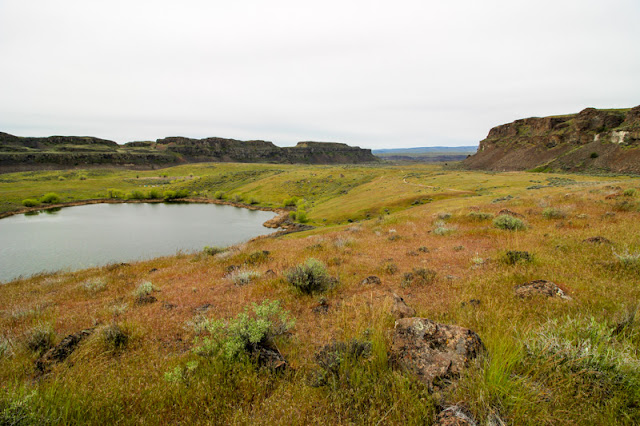 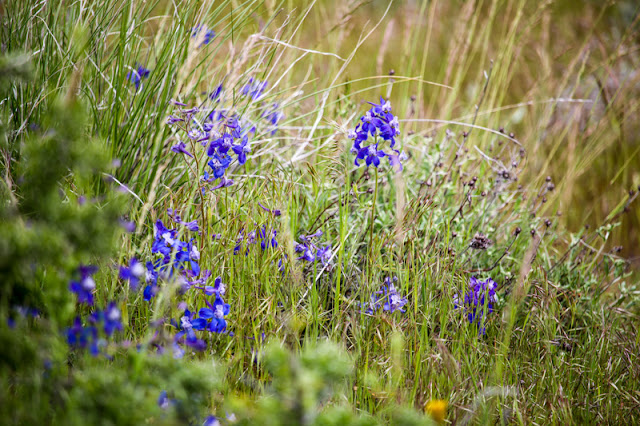