On the second day of my Palouse trip, I checked out of the motel and started heading west. Palouse Falls was right along one of the routes home, and the Hanford Reach National Monument was also along that same route. I had been to Palouse Falls during my last Palouse trip, but when I visited Hanford Reach a few weekends ago, I didn't have time to check out the Saddle Mountains.

Palouse Falls was spectacular, as usual, at 198 feet tall. The last time I saw it was in late July and there wasn't as much green then. I noticed this area is starting to get a bit more crowded, especially for being out in the middle of nowhere. It took me a few minutes to find parking, but I spent plenty of time taking photos and walking around. 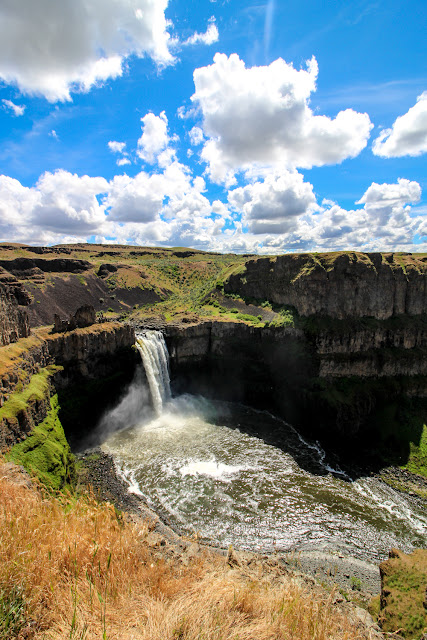 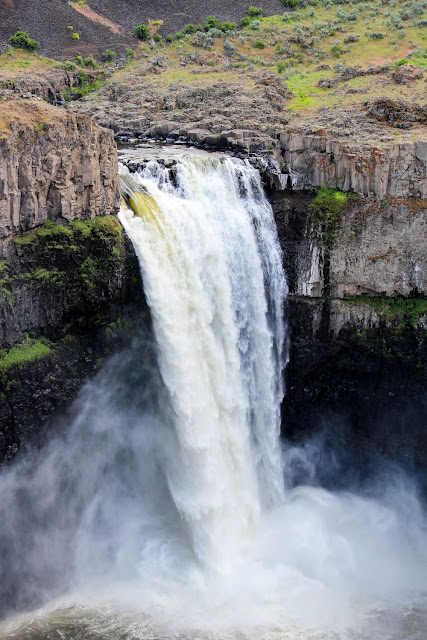 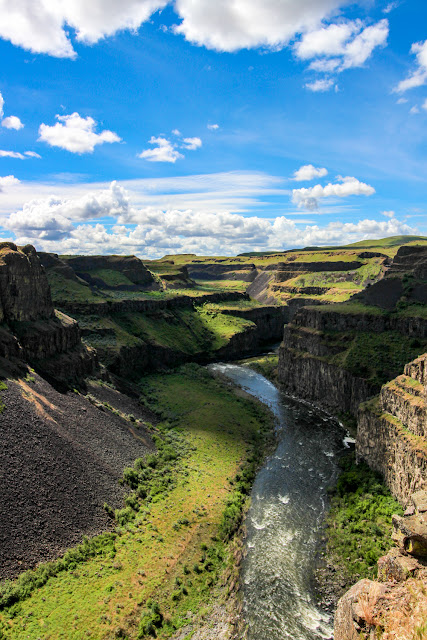 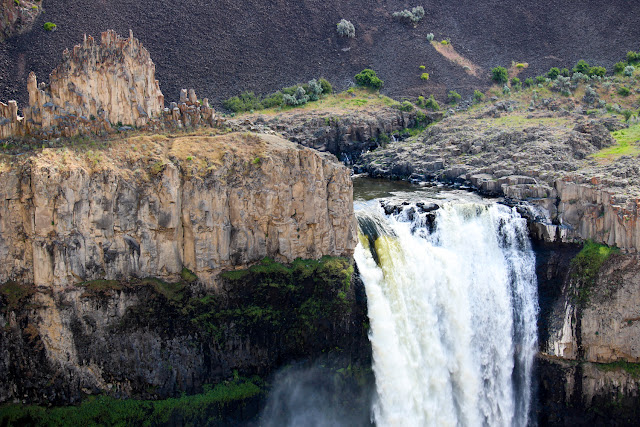 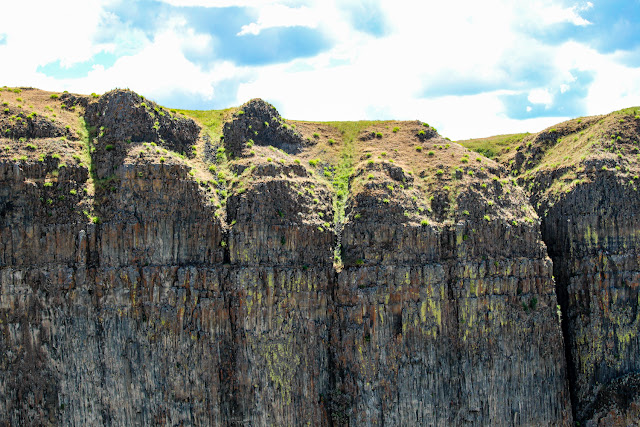 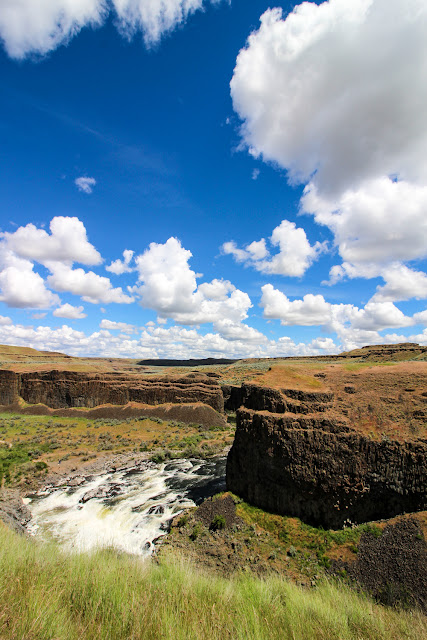 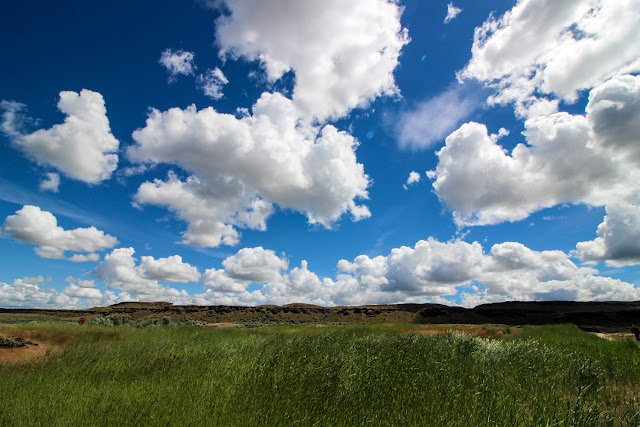 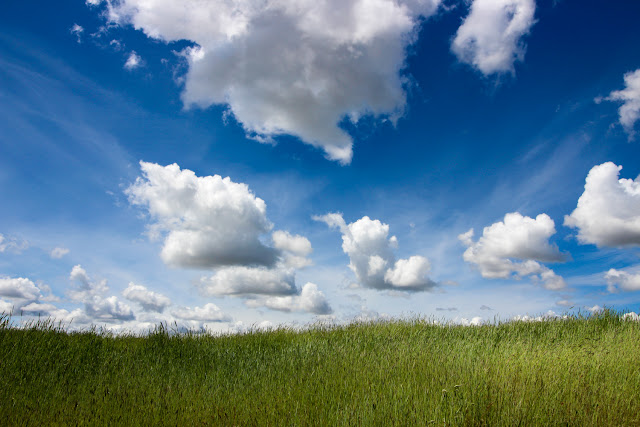 The next two pictures aren't even from Palouse Falls or the Saddle Mountains. I pulled over onto the shoulder of the highway to take these because I was obsessed with the sky that day. However, it's one of those things that you have to be there to experience - to see the entire sky for miles in every direction. 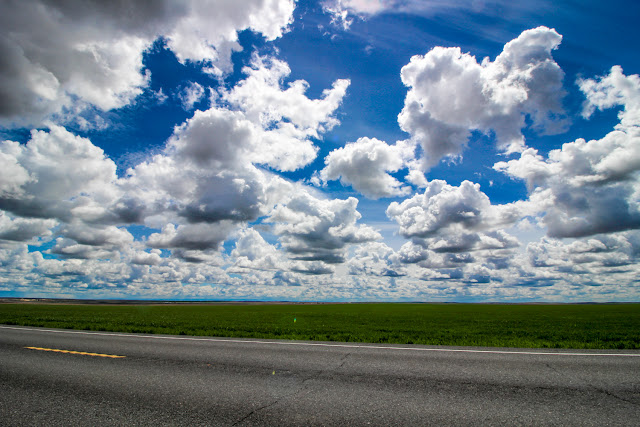 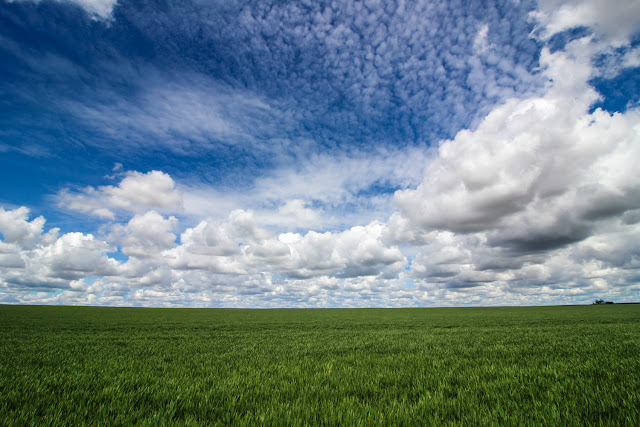 Part of the reason I didn't visit the Saddle Mountains last time is because the directions to get there aren't very clear and the signs in Hanford Reach aren't always obvious or large enough to read from the road at a high rate of speed. To get to the viewpoint, I came in heading west on 24 from Othello. The turn for the road to the viewpoint is between mile marker 61 and 60. I was watching them closely, and I'm pretty sure mile marker 61 was missing, as I went from 62 and then after a while saw 60 and knew I went too far. It took another few miles to find a place to turn around, but I finally got there.


I was expecting a gravel road like the one I drove on to get out to the White Bluffs hike, but this road was more in between gravel and paved, so it was a little easier to drive on most of the way. Towards the top of the mountains it deteriorated a bit and got rough in places, but my car made it up with no trouble. I continued through a loop at the top and ended up parked right on top of one of the mountains. The views were amazing. The sky was blue, there were a thousand white, fluffy clouds out, and I could see for miles in all directions. 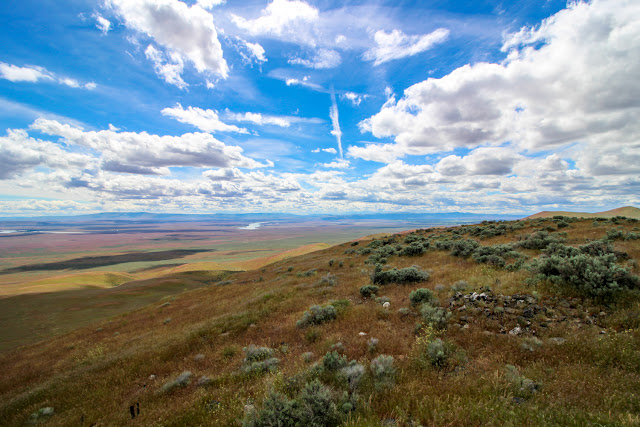 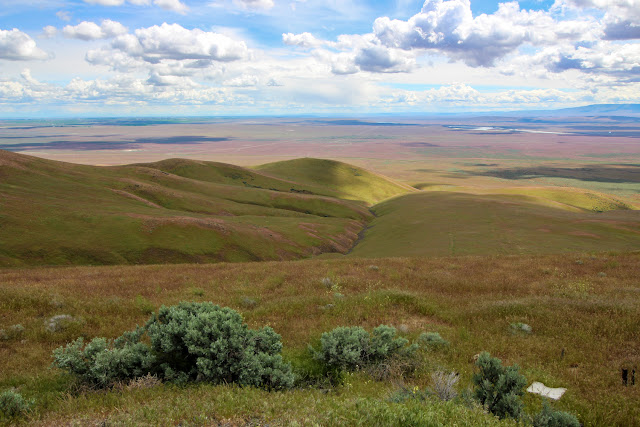 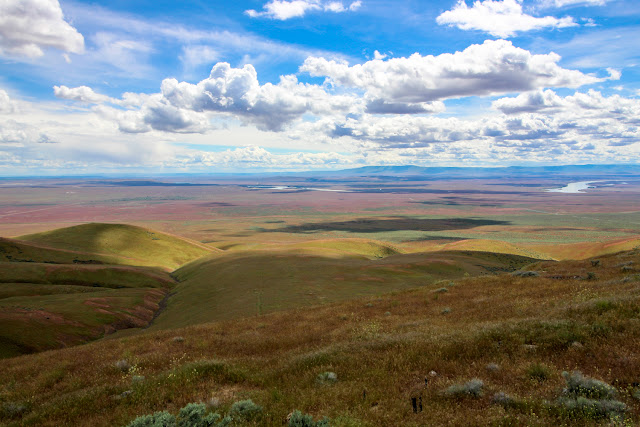 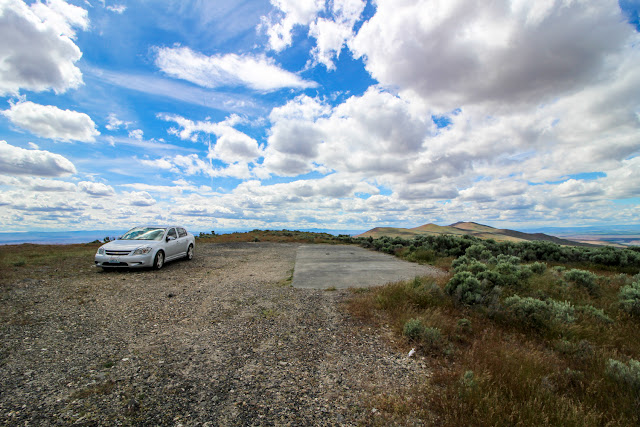 The mountains themselves were awesome - lots of gentle slopes. There is a hike that leaves from this point, and I saw part of the trail in the saddle between two of the mountains, but it wasn't exactly clear how to get to that point. I wish I had been more prepared to hike, but I will have to come back another time for that, preferably when it isn't too hot. 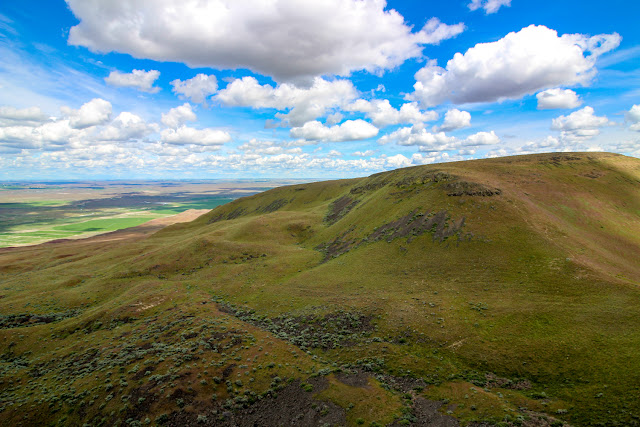 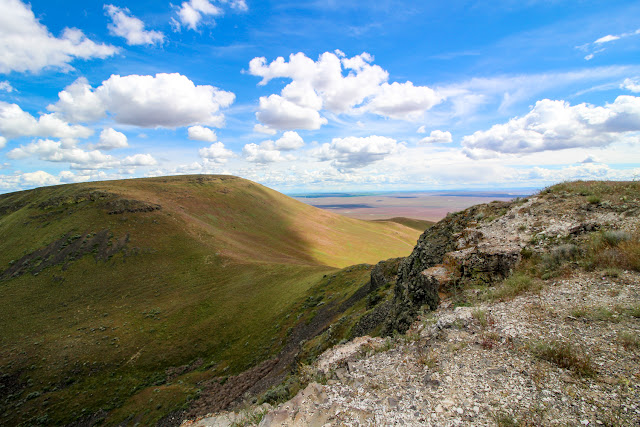 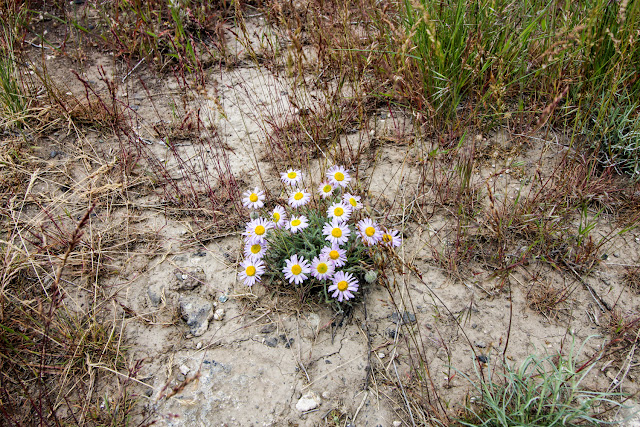 Posted by Rheanna Summers at 6:16 AM
Email ThisBlogThis!Share to TwitterShare to FacebookShare to Pinterest
Labels: travel, trip report, Washington, waterfall